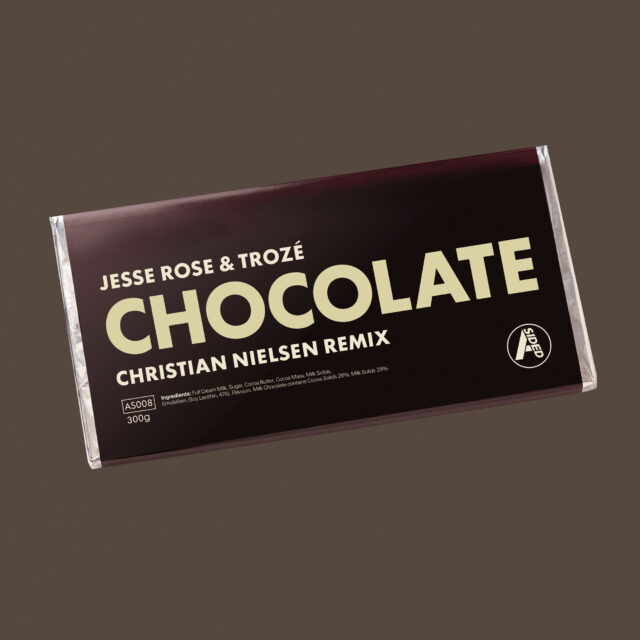 The intentions of the aptly named A-SIDED label have always been clear. Jesse Rose and company sought to focus on \”one special track at a time\” as to avoid drawing attention towards unnecessary B-Sides and filler tracks that can often be found on EPs and LPs.

Jesse Rose released his original mix, \”Chocolate\”, on Play It Down in 2014, and after touring the world relentlessly for the past six months, he has landed himself a place in Pete Tong\’s Hall of Fame, and was named the curator for the 85th Fabric installment.

With this new found status in the scene, Jesse has called upon Christian Nielsen to remix \’Chocolate\’ and turn it into the next \”one special track at a time.\” As he has also had a successful year of touring Europe and being supported by Annie Mac among others, Nielsen has done the original justice by transforming \’Chocolate\’ into an energetic dance floor heater.

Christian Nielsen’s remix of ‘Chocolate’ by Jesse Rose & Trozé drops on A-SIDED on the 4th December 2015.

For more from Christian Nielsen, Jesse Rose, Trozé, and A-SIDED, follow the links below.