Home Features EDC welcomes all to spectacular lights and a fantastic array of electronic... 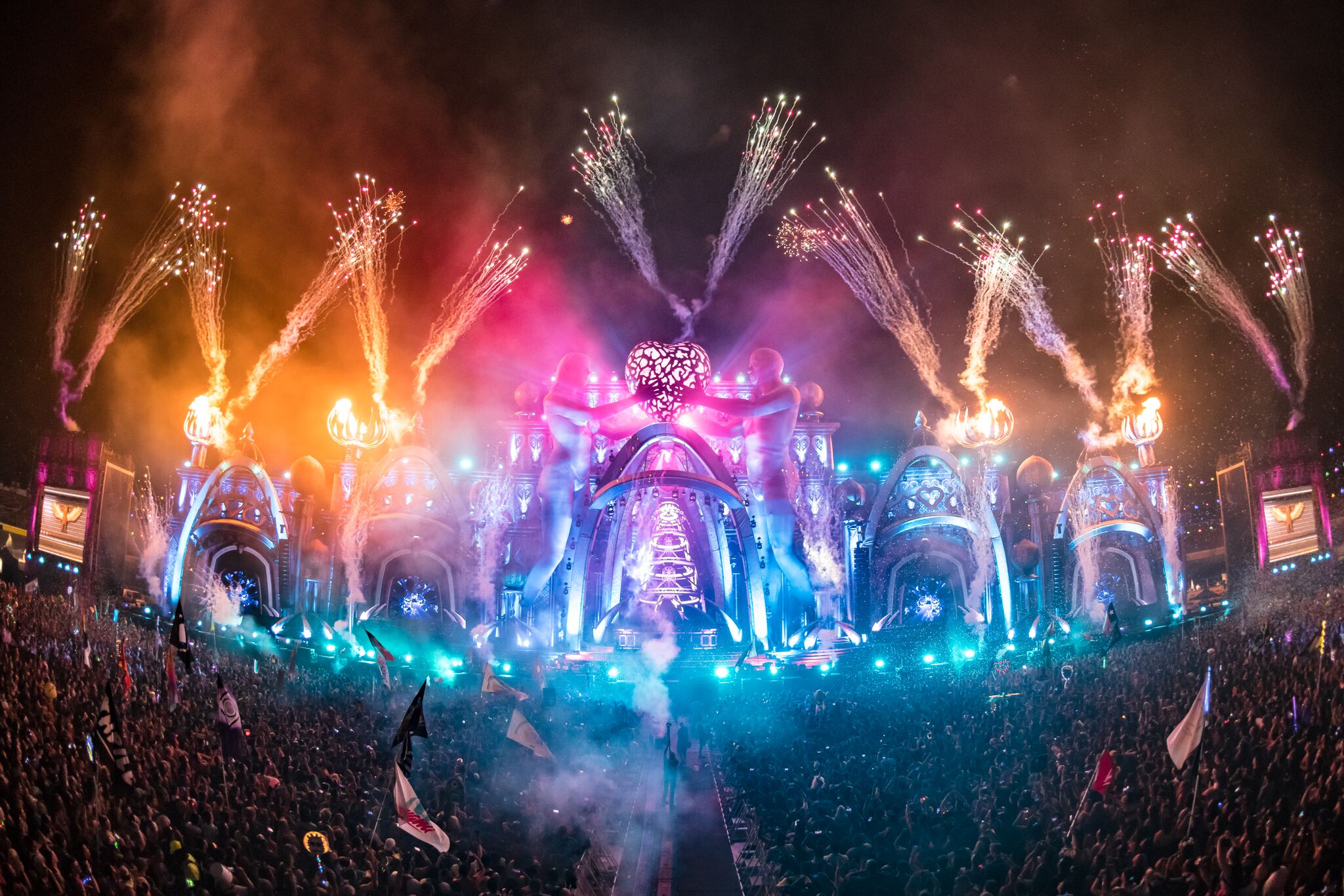 Photo via aLIVE Coverage for Insomniac

Beyond the incredible production value, a consistently representative lineup, and a whopping 130K+ attendees every year, Electric Daisy Carnival (EDC) offers an inclusive community of electronic music lovers a chance to get away from the daily grind and unite under the electric sky in shared love for electronic music. Insomniac CEO & Founder Pasquale Rotella clearly highlights “all are welcome here” as you enter the luminous Las Vegas Motor Speedway – a reminder of the welcoming origins of house music.
Going to EDC was a last-minute decision for me, an opportunity of a lifetime that presented itself on Thursday, the day before EDC day 1. Eight hours later I was on a flight to Las Vegas and I never looked back. Normally EDC is not my cup of tea; I had an idea of overly-jacked EDM bros, obnoxious glitter and flowers everywhere, and way way way too many people. While some of these aspects were true (which, hey, it’s part of the culture!), I was completely blown away by the experience.
EDC is America’s premier electronic music festival, and I don’t say this lightly. A techno/house seeker myself, I was enthralled by the wide selection of artists in the Neon Garden brought to life by Los Angeles’ Factory 93. Highlights included Black Madonna b2b Tiga delivering an explosive set that energized the crowd with unconventional beats that got dark and heavy; Gorgon City maintaining a progression of funky and deep sounds; Green Velvet with a hypnotizing set of classic deep house filled with his eccentric style; and Maceo Plex performing his eclectic techno sound. This stage was absolutely stunning in its visual design, with a light show that made techno purists feel the pulsating rhythms emanating from the DJ booth.
Thousands of festival-goers found themselves in the Circuit Grounds, a gigantic, almost-panoramic stage of bass, experimental, and everything in between. From Eric Prydz to Claude Vonstroke to REZZ to Virtual Self, these producers brought innovative sounds that are sure to make waves in moving electronic music forward. Virtual Self played his own remix of “Ghost Voices” and Eric Prydz performed on the heels of his new EP release. This stage was absolutely packed consistently, as talent was strong in delivering an eclectic selection of electronic music, from progressive to experimental house.
Anjunadeep/beats took over the stunning Quantum Meadow stage, bringing us some of the biggest names in the Anjuna family, including GRUM, Andrew Bayer, Ilan Bluestone, and Jason Ross. Representing the very top of the trance/deep house collective, these artists delivered melodic sets with heavy hitting bass for some smooth dancing, each dazzling the crowd with a unique spin. Right next door at the Cosmic Meadow, Tchami x MALAA joined forces to create a set that demonstrated their past, present, and future collaborations and solo projects. Fans were sure to enjoy Tchami classics like “Missing You”, “Adieu”, and his remix of “You Know You Like It” by AlunaGeorge, as well as the unique spin of the French artists’ collaboration. An explosive set was accompanied well with stunning pyrotechnics and awesome visuals.
While I did not make it to the main stage (aka Kinetic Field), fans had the chance to catch Kygo, Afrojack, Tiesto, and many more DJs we all love and cherish. Beyond that, at least 10 stages and art cars offered a multitude of music selection from dubstep to trap to trance to you-name-it. EDC has it all.
Perhaps this is the reason EDC is the inclusive experience that it is. In fulfilling Rotella’s vision of creating harmony amongst festival attendees, the wide variety of stages built for all kinds of tastes is a testament to bringing together fans with a multitude of perspectives. Between the excessive attention to detail of festival organization, the periodic fireworks and incredible light set up throughout, as well as the wide selection of food and drink available, any attendee can tell you they feel cared for when going to EDC. It’s more than just about the music – it’s about the community coming together, no matter which background or creed, and dancing it off Vegas style. And yes, there’s going to be annoyances here in the there, but I had an incredible time and I’m absolutely certain the large majority of festival goers did too.