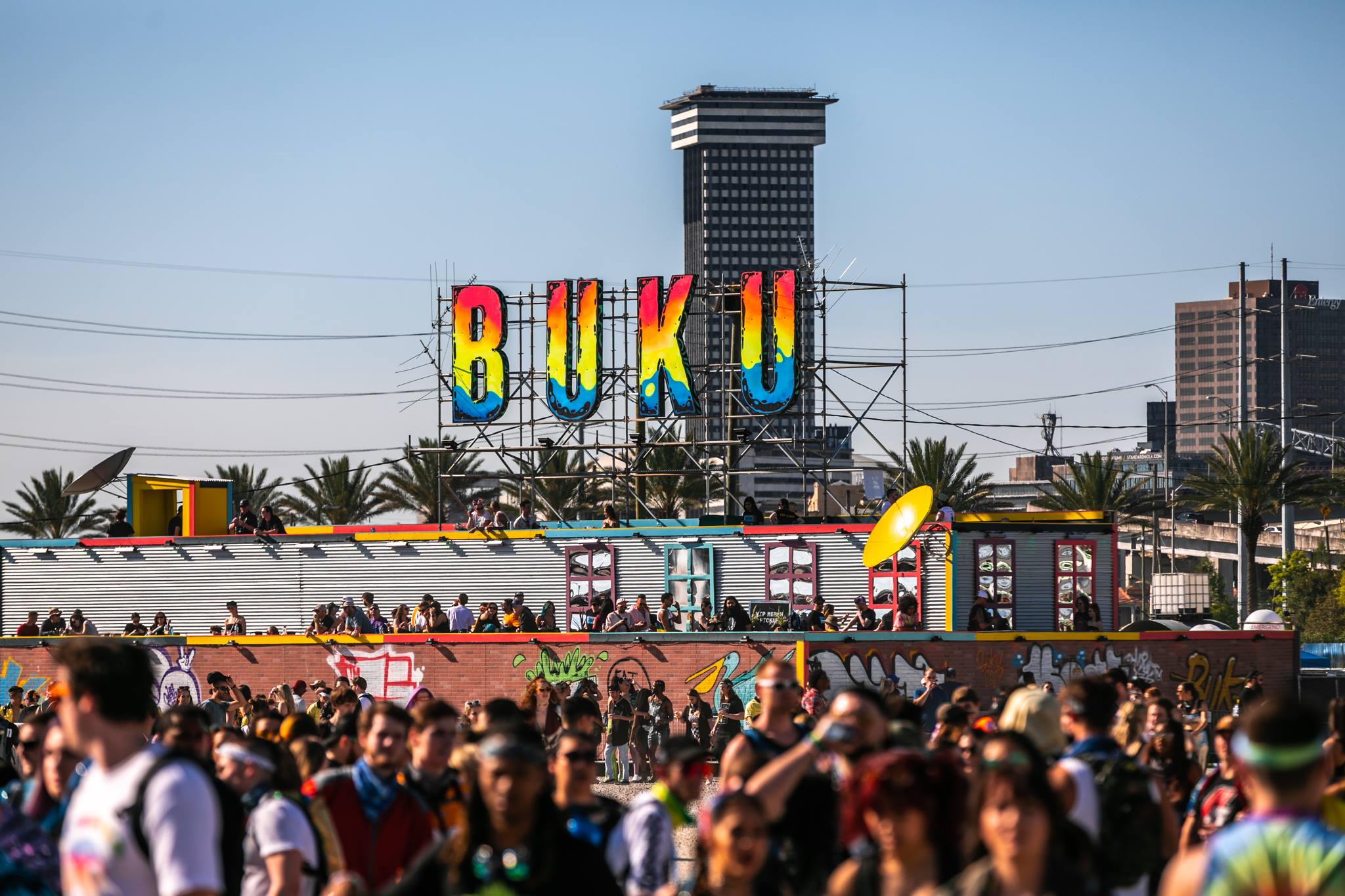 BUKU 2019 Music & Arts Project was one for the books this year. Taking place on the riverfront in New Orleans, the location was perfect for good vibes and views. The 2-day festival was jam-packed with incredible music, art, and people.

Doors opened at 2pm Friday March 22nd, and the attendees rushed in to start the weekend. With five stages within the festival, there were plenty of artists playing throughout the day to appease to any music taste. The Wharf stage was a new addition to the festival this year, and it proved to be a great one. This stage hosted all heavy-hitting sets for the weekend, including NGHTMRE B2B Slander, Ekali, RL Grime, Getter and many more. With being located right on the river bank, it was the perfect location to get down to great music and see some awesome views.

BUKU 2019 was stacked with incredibly talented performances throughout the weekend. There were many variations of genres overall, which really diversified the music experience for the festival goers. Artists ranged from all different backgrounds, covering the genres of EDM, Rap, Alternative, R&B, and anything in between. The Friday of the festival hosted the likes of Ekali, NGHTMRE B2B Slander, Fisher, RL Grime, Excision and Lana Del Rey, to name a few. Each set was as equally great in their own ways, hosting a powerhouse of a lineup. This was Lana Del Rey’s first concert back after taking a few years off, and she hasn’t skipped a beat. She gave an incredible performance, leaving the crowd in awe. RL Grime was the perfect way to close out the first day, as he absolutely crushed his set.

The second day was just as strong as the first, hosting the likes of A$AP Rocky, GRiZ, Louis the Child, Ella Mai, G Jones, and none other than the return of Dog Blood. Dog Blood is a duo consisting of Skrillex and Boys Noize. The duo hasn’t played a set together in years, and this was their first performance back. They played an incredible set full of new and old music, hinting that there’s more Dog Blood to be seen in the future. Another noteworthy set was G Jones, as this was the first time ever that he played his live show for his album, The Ineffable Truth. His performance was indescribable; he definitely brought the heat. Additionally, GRiZ left BUKU chasing the golden hour with his set during the sunset. There were so many more incredible sets throughout the day, as each artist came ready to give a performance of a lifetime.

BUKU 2019 went flawlessly. Although the event was sold out, there was plenty of space for all attendees to enjoy themselves. The accessibility of the festival was open to all, and it was very easily navigated. There were plenty of spots to shop for awesome merch, grab some drinks or grab a bite to eat. All in all, BUKU had a very successful festival and I’m excited to see what’s to come in the future!

Wanting to relive the weekend? Feeling the FOMO and wanting to live vicariously through the music? Check out the BUKU 2019 playlist below, and be sure to visit BUKU’s facebook page to see all of the recap pictures!