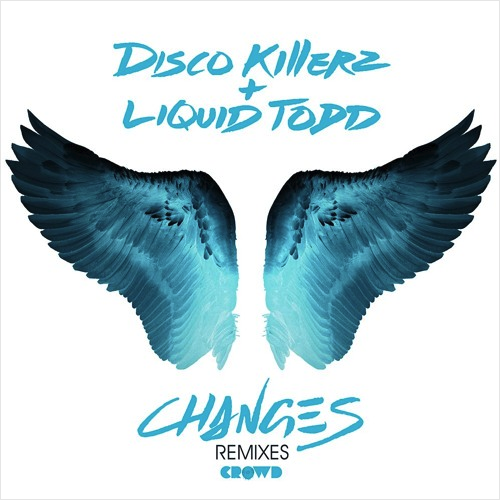 It has been nearly two months since the release of up-and-coming artist Disco Killerz’ fourth installment of collaborations with DJ veteran Liquid Todd. Their hit track ‘Changes’ released on the New York City label, Crowd Records, has garnished a lot of hype on the dance music scene; featuring the ever-popular future house bass along with the silky vocals of Sophie Simmons, ‘Changes’ is a perfect poolside summer hit.

Now with the release of the ‘Changes’ Remix EP, we have the opportunity to revisit the track along with fresh melodies and creative progression. With artists like Aiden Jude, Zack Martino & LuxLyfe, Kue, Gil Glaze & Lanna, and LA Riots curating their own vision of the track, ‘Changes’ Remix EP is sure to have something for everyone.