Home Features A Look Back At Imagine 2018 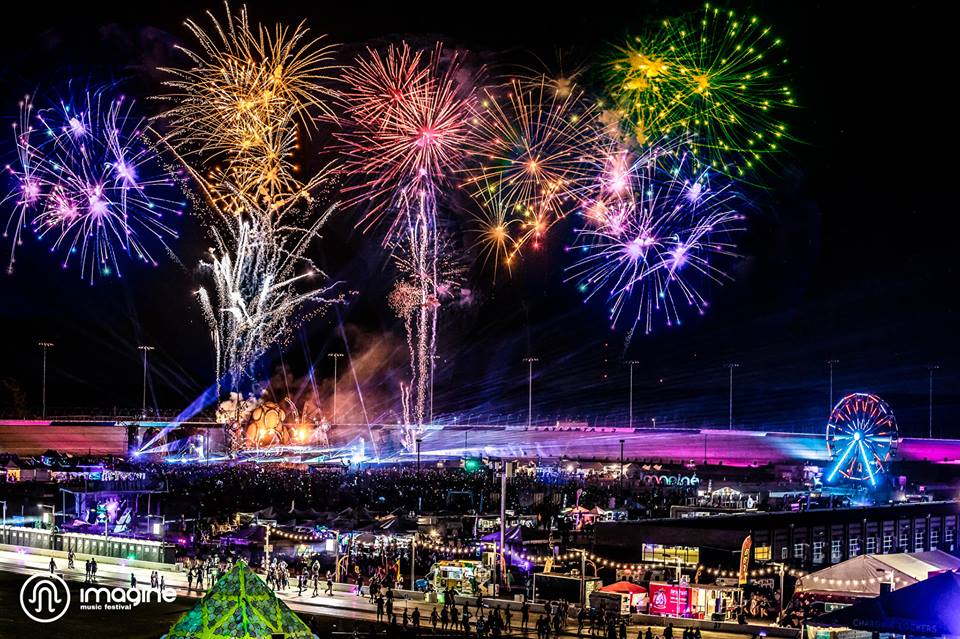 With Winter in full swing and all the tents, coolers, and other festival essentials settled into their proverbial places of hibernation, we look back on some of the memories made and the highlights shared from the 2018 festival season. It was this year’s Imagine Music Festival, held in Atlanta, Georgia, that stood out as a truly one-of-a-kind, memorable festival experience.

Now in its fifth year, Imagine Music Festival has continued to grow leaps-and-bounds gaining recognition as the premier EDM festival in the Southeast. Having personally attended each year since its inauguration I’ve seen Imagine evolve from its humble beginnings at Masquerade Music Park, in the heart of the city, to Imagine’s current home at Atlanta Motor Speedway. The level of production and professionalism curated by the Imagine family reflects the continued success of the Festival over the years. 2018, in particular, truly set the bar for the atmosphere that any Electronic Music Festival should strive for. An all encompassing environment filled with a hand-picked array of world-renowned musical acts, state of the art lighting and sound, and an eclectic mix of performers and artists bringing this aquatic themed festival to life.

When it came to the highlights of the music this past weekend, it was Griz that absolutely stole the show. His close out set Sunday had everything, his signature smooth jazz riddled with heavy bass while sampling crowd favorites like Childish Gambino and classics like the Isley Brothers. Outside of the main-gates, it was the after-hours sets that truly made the party. With a late night Levitation Jones set at the ‘Heady Made Weird’ stage, or the never ending assortment of dub acts at the ATL Bass Family VIP, and of course the silent disco keeping the party going til Sun-up, Imagine Festival is a truly a place to never stop dancing.

Beyond all the music and lights, something that sets Imagine apart from other festivals, is the community. Though now an internationally known festival, Imagine still retains the feel of an independently held festival. As someone who has experienced Imagine every year, I’ve seen the same community, the same family, grow and continue to evolve along with the success of this festival. A perfect example of this would be the Imaginary Friends. Much like Bassnectar’s Ambassadors, the Imaginary Friends are a team of volunteers whose focus is safety and positivity for all Imagine festival attendees. Whether it be fanning down someone stuck in the sun, providing water to those riding the rail, giving some directions to those who look lost, or even something as simple as giving a hug, the Imaginary Friends are at the heart of what makes Imagine so special.

The IMF team has created a welcoming experience full of great music and even greater vibes. Five years, and each year better than the one before; I don’t doubt there is much more in store for 2019.