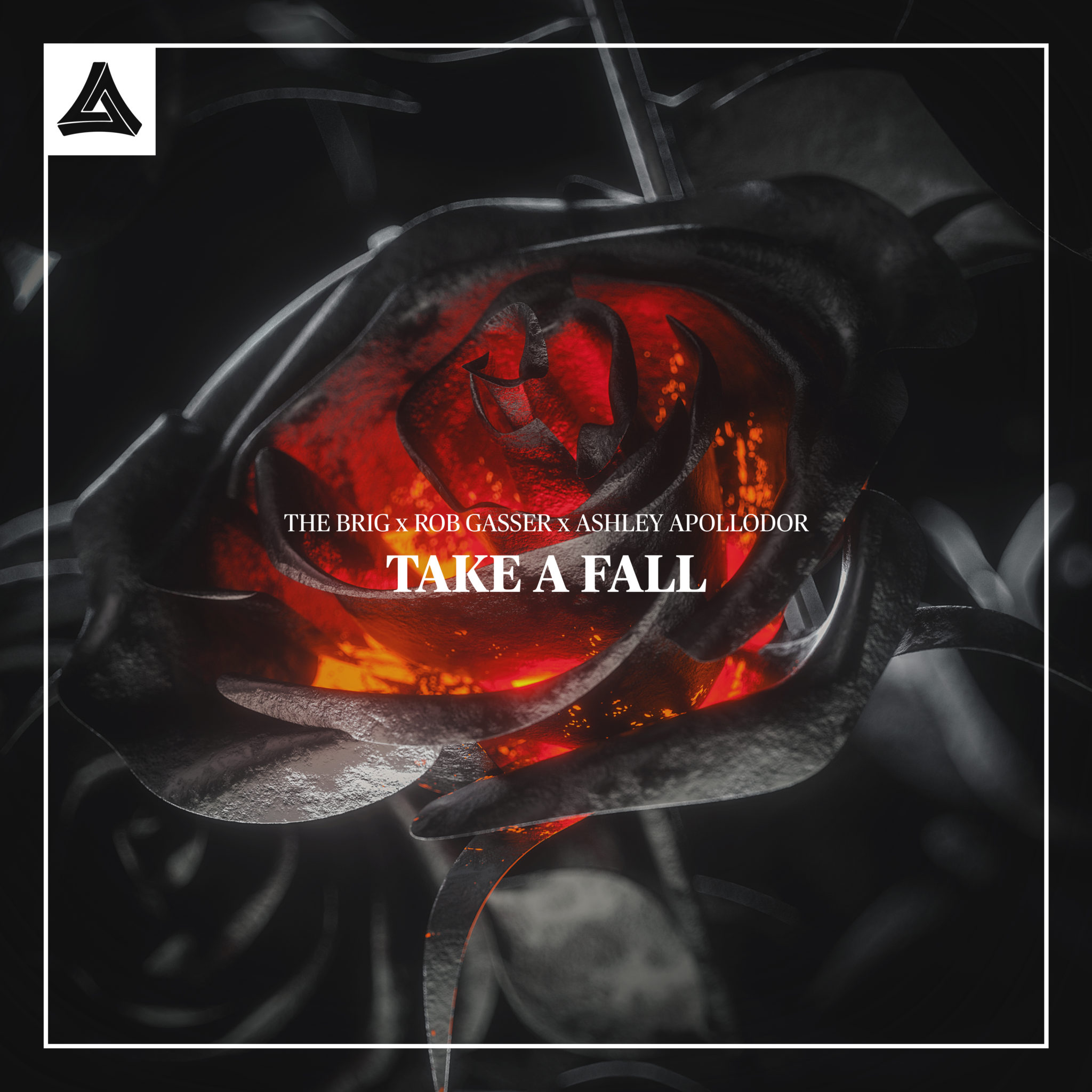 The Brig, Rob Gasser, and Ashley Apollodor have teamed up to bring us “Take A Fall.” The intro starts with an array of video game-esque synths and the sublime vocals from the ever talented Ashley Apollodor. The breakbeat breakdown eventually leads into a perfectly orchestrated drop. With a consistent pairing of aggression and melody this track is a certified banger. The clean production and amazing melody writing make this classic dubstep tune very unique.

The Brig has been around the dubstep scene for some time now for his eccentric and unique sound design. He got his start in 2014, with the release of the heavy hitting “Mutiny EP.” With remixes from the like of Barely Alive on the EP he was signed to Most Addictive Records. His catalog consists of remixes for Fox Stevenson and MYLK. With such a versatile skill set and production value The Brig has amassed over a million cumulative plays on Soundcloud.

Rob Gasser was spotted as a child prodigy who began producing in 2009. His first EP “Get Mad” was release on Fox Stevenson’s Cloudhead Records in 2014. He has collaborated and worked with Firepower Record signees such as Chime, Prismatic, and The Brig. Most recently he has released NCS’s Youtube and Spotify channels accumulating millions of streams.

It’s no question these two producers have insane talent. It’s hard to really create a solid piece that’s both melodic and aggressive. But with the help of the ever talented Ashley Apollodor and the two’s production skills they were able to come up with a dubstep release that is unique and melodic.

Stream or Purchase “Take A Fall”