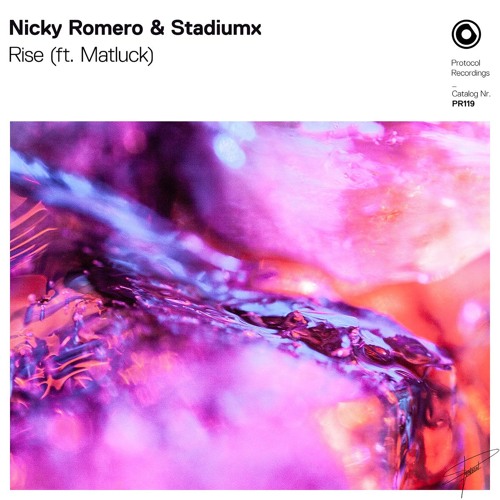 Electro-Progressive House artists, Nicky Romero and iconic duo, Stadiumx have joined together again to create this end of the summer, country-themed hit, “Rise,” featuring vocals from singer/songwriter Matluck. The song was released through Romero’s Protocol Recordings, the go-to for any cutting-edge, up and coming electronic music.

After nearly 3 years since their hit collab “Harmony,” Romero and Stadiumx put a turn onto this new song. Featuring upbeat, instrumentals of country music, along with the unique, progressive house beats, followed by the soulful voice of Matluck. This song is guaranteed to put a big boost to the end of your summer.

Romero previously released another dance/pop collab with singer and rapper Taio Cruz called, “Me On You.” He also partnered with dynamic duo, electro-house artists Dimitri Vegas & Like Mike on Tomorrowland’s theme song, “Here We Go.”