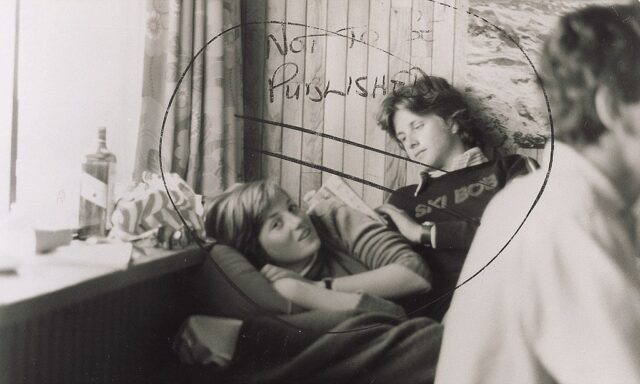 Princess Diana is still a living legend, despite her death in 1997. She lives through her sons, fashion, and much charitable work she did during her life. She had a significant influence on the royal family, and she modernized their rules and restrictions. However, there are still some little facts that are shocking and unknown to the world, like her childhood.

Diana was a child of divorced parents, and going to school was quite a difficulty. Princess Diana didn’t want to go to a boarding school, but her father wouldn’t listen, and he sent her anyway. Andrew Morton had interviewed Princess Diana, and she shared some sad details with him from her life. Diana would eat as much as she could as a way to avoid sadness and to feel some sort of comfort during that time.

Howard Hodgson also talked about Princess Diana and her hard time in Institut Alpin Videmanette, a school located in Switzerland. Since she didn’t speak French, she had a hard time socializing and understanding lessons. “The result was that she had difficulty fitting in socially, and her classwork — which she had always found difficult enough in her native tongue — was now nothing short of pathetic,” said Hodgson. After she begged her parents to let her come home, after one semester, she returned.