Home Features One on One with Worthy (Interview) 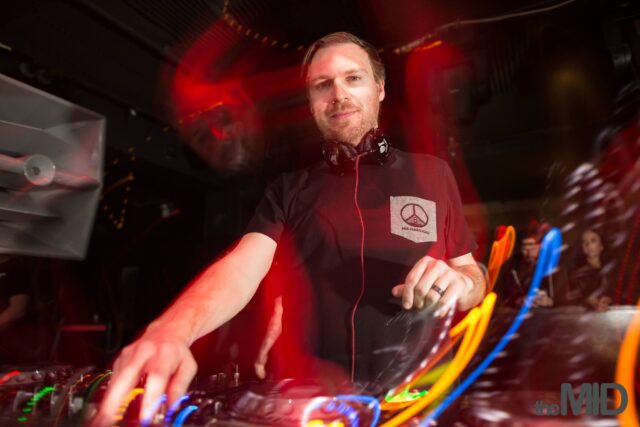 With a distinct sound and impeccable live set delivery, Worthy truly stands out from the crowd. As one of the founding fathers of the Dirtybird label in San Francisco, the artist knows no bounds with his experimentation of different genres, including techno, deep house, future house, and self-proclaimed “booty future house”. Along with legendary names Claude Von Stroke, Justin Martin, and Christian Martin, Worthy brings a unique experience and energy to his sets. Anyone that has attended a live set by Worthy knows not what to expect. The innovative DJ can transition between fast, pulsating rhythms and slower, more soulful beats.

Having recently embarked on the massive One on One tour, Worthy is bringing his talents to more and more venues across North America. He has enlisted the help of incredible artists such as Thee Cool Cats, [etc.]  to accompany him on his journey.

Having missed his performance along with Anja Schneider and Rodriguez Jr. in Brooklyn’s Good Room by just a couple of minutes, I was excited to hear what he had to play in Chicago’s very own The Mid. I sat down with the hilarious and dynamic Worthy before his show to talk about future plans, inspirations for his unique sound, and his tour.

Thank you so much for being here to talk with us today. You started this massive One on One tour and have brought some of the most talented DJs today to accompany you. What was the ideation behind this tour?

My booking agent, my wife and I were bouncing around ideas to see what we could do that would be different and make us stand out and this is how we got the team together. We really liked the idea of bringing different artists to different cities, and that’s kind of how it all came together. Somehow we have an insane amount of talent on the lineup. It’s been a lot of work from a lot of different people to coordinate schedules across different artists on this tour.

Awesome. So I know you started Dirybird in the San Francisco area – which definitely is a growing hub for EDM these days. Are you currently based out of San Francisco?

Oakland right now. The area has definitely been a hub for electronic music in general.

I know you’re from DC, but can you talk a little bit about your roots in San Francisco and how Dirtybird came to fruition?

Yeah, I moved there in 2002. Justin Martin was living there already. We went to school together. I was in New York at the time and it was a bit of a lull where dance music was on a bit of a downturn for a bit there. But then when I got to SF, there was such a vibrant electronic music scene. It was a really tight community back then where we all would go out and support acts that came into town. It was a really cool hub.

Justin Martin and I would spin records in our dorm rooms. I was introduced to Christian [Martin] and Barkley (Claude Von Stroke). We would always go to this bar that Christian and Justin worked at called Lion’s Pub where they were bar tenders. We would always just play records and get out the turn tables when we were there. Then Christian was like, “I want to buy a sound system” and we went from there Then the name came up and everyone seemed to like Dirtybird so it just stuck. It’s definitely been a crazy ride for all of us, and it really is a dream to be going around the world since our dorm room days!

You guys have been through a lot of cities! Is there a favorite group of cities or area you really enjoy playing?

Yeah I mean, there’s definitely cities I do better in than others. I really like playing Denver – I usually have awesome shows there. DC because I’m from there. Definitely like the west coast scene – LA, Burning Man.

That’s awesome – are you going to Burning man again this year?

I think so! I didn’t go last year, so I definitely am trying to plan on it again!

I must make a note to plan a trip then! I think the Dirtybird label and the collective of artists that you feature are incredibly unique, as well as your own sound. Do you feel like you have a particular direction you’re headed into with your own music?

Yeah I’d say there’s not really a direction – I’m kind of in an experimental phase right now. I feel like I go back and forth these days. One day I’m making a nice, bass-y house track and then the next I’m trying more crazy, pumped up. I feel like some people are a certain genre, but I’m kind of like – I wanna be that, and that too! There’s definitely too much I want to try.

Definitely. Now you also started Anabatic Records, which is your own label. Is that something that you’ve delved deeper into with your experimentation?

Yeah I mean I started it as a place for me to put out music and now it’s become a place where people send me music to put out. It kind of grew from there.

How is it different than Dirtybird?

Well I definitely have some Dirtybird influences.  I try to find a little bit of other stuff – some housier stuff. Also some different sounds that have some range to them that I can play in different types of sets – from a deeper set to a crazier set.

So is your set tonight going to be… crazy or deep?

Ah It’s probably going to be more on the crazier side! And just fun in general. I might get a little bit on the deeper side as well. But I’ll definitely try to play my latest Exploited Records release in there.

Definitely. And you also recently released Disbehave and its remix package. I feel like that’s representative of your sound and breaking away from the traditional. Is that how you would characterize your music and your place within the electronic space in general?

Yeah “Disbehave” was definitely my peak of experimentation. I just needed a break to let myself experiment. I really learned as a musician and it took me down some different paths. It led me to some really different music. I’ll probably hit a lull again and need to do some more experimentation and get a weird album out!

Awesome! Any sneak peeks or special stuff coming out soon?

Well there’s an Anabolic compilation coming out and a remix I did as well. I also release on a new label called Strange Love – so I’ll be releasing two tracks on there. The label is pretty new; I think I’m their first release. Not sure what else is on that list, but there are releases coming soon.

Well that seems like plenty! Thank you so much for chatting with me tonight. Looking forward to the show and for some upcoming releases!