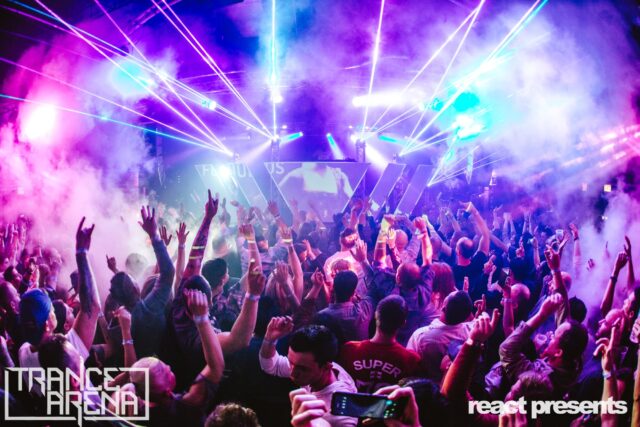 Apparently this may be the case to some extent, as hundreds of trance-lovers reunited at a packed Concord Music Hall on Friday night to experience a night filled with vivid trance sounds from distinct DJs. On the lineup were ATB, Ben Nicky (who was unable to make it due to a cancelled flight), and Orjan Nilsen, with support from local Chicago DJs Mario Florek, Peter Kontor, and Dave Neven. The 7-hour event was sure to be quite the experience – and it absolutely was.

I’ll be completely honest – trance is not necessarily my cup of tea most times. I do like it; I just never find myself actually seeing trance artists. In the spirit of PLUR, I went to Trance Arena with an open mind and ready to enjoy the event with my trance-loving friends. I’m not going to say I’m all of a sudden converted to the #trancefam, but I can certainly say I’ve found a new appreciation for it. Trance Arena brought the most blissful and salient elements of trance into a more intimate Chicago venue, reuniting trance fans around the city and area.

The opening DJ sets were well-crafted, melodic sets with just the right amount of high energy to get things started. We arrived to a quite crowded Concord as Peter Kontor and Mario Florek went b2b in a groovy trance set that definitely had people excited for the event. The stage was massive, resembling festival stages more than clubs or live show venues. Dave Neven swooped in with an incredible amount of energy and bass to take the crowd even further into the night. This is where I noticed the true power of the sound design put on by React Presents. Orjan Nilsen played a classic trance set, layering in the beautiful melodic sounds found in the most sophisticated of Above & Beyond songs.

Then, ATB absolutely confirmed his timelessness as he performed an incredible set. The predominance of classic trance sound brought me back to the early 2000s, when I was still young and listening to ATB passively, as the German superstar’s tunes played on MTV and the radio. Seeing the legend for the first time live definitely brought a certain emotion not commonly found in just any Chicago Friday night DJ set. His dropping of “Ecstasy” towards the beginning of the show set the tone for an amazing night, as the entire crowd sang along to the anthem that is that song. ATB even experimented somewhat with more deep house and techno songs, proving that he will forever live in the trance hall of fame.

We are truly lucky to live in Chicago, a city that celebrates its electronic music culture with innovation and excitement. With organizations like React Presents, who put on an incredible amount of thought and energy into their events, Chicagoans should never have a problem finding an electronic music scene that fits with their taste preferences. Friday night – it was trance. Here’s to hoping Chicago and its electronic music people don’t change, so that we can have more events like Trance Arena to celebrate a wide range of EDM.