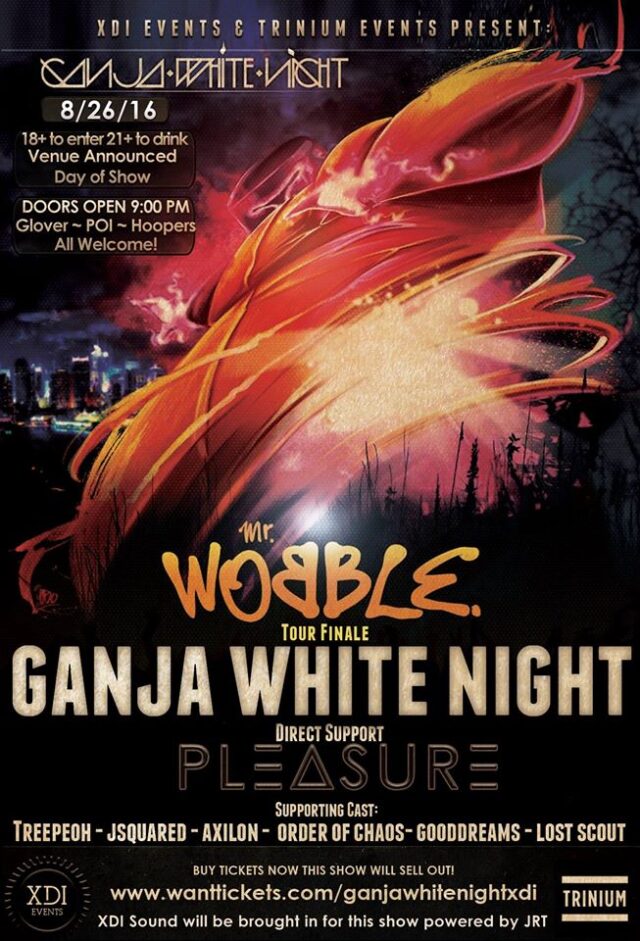 How can Dubstep be dead when shows like this are being thrown? Dubstep duo, Ganja White Night, are finishing of their 2016 Mr. Wobble Tour with a secret warehouse party in Chicago! The finale of the tour will take place on August 26th and the location of the show will be released on the day of. Ganja White Night will be supported by Pleasure, Treepeoh and more.  The show is being hosted by XDI Events and Trinium Events

The Mr. Wobble Tour is dedicated to Ganja White Night\’s unreleased album titled, Mr. Wobble. Although the new material hasn\’t been officially released, the group has uploaded a Promo Mix on Soundcloud that is racking up the plays with it\’s mesmerizing bass. One can imagine how much a warehouse would wobble to the sounds of Ganja White Night, but there\’s only one way to find out. Click here for more information about the show and check out the Mr. Wobble Promo Mix below.