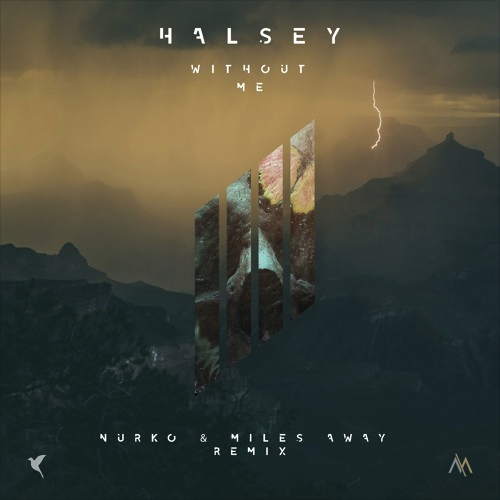 Nurko and Miles Away unite to formulate a moody remix of Halsey’s “Without Me,” and as can be expected, the evocative synth layers and larger-than-life drops perfectly compliment the original vocals. This collaborative effort results in danceable rhythms, tight percussion, and emotional progressions; a flawless blend of melodic and heavy elements. The artists capitalize on the catchy nature of the original and truly complete the track with their individual production styles. This take on “Without Me” will surely be a song to remember.

Jack Leech, also known as Nurko, has had his creativity encouraged and fostered since childhood by his family comprised of generations of artists. As an individual who studied music in college and a seasoned musician playing both the drums and piano, Leech utilizes his extensive skill set to create the signature Nurko style. Having accumulated tens of millions of streams and the support of the likes of NCS, Trap Nation, MrSuicideSheep and various other industry influencers, Nurko is an artist making his name on his powerful yet emotional sound.

Miles Away, a DJ/Producer duo consisting of friends Danny and Devin, also have had massive exposure to music at an early age. Since the inception of Miles Away in 2014, the two have established a noteworthy brand ultimately garnering copious amounts of attention and respect. They’ve generated over two million streams on Spotify, been featured on over 9000 Spotify playlists, and together and separately garnered the support of the likes of Arty, Morgan Page, Hardwell, KO:YU, Sidney Samson, Thomas Gold and more.

Listen to the remix below