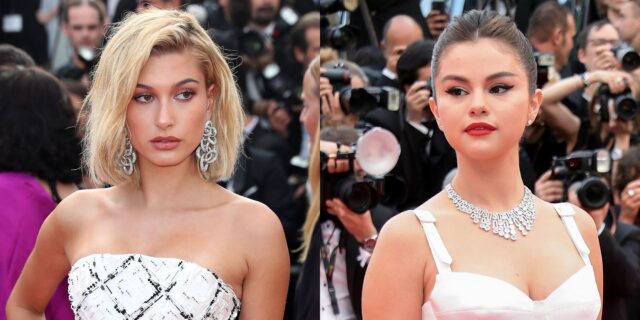 Since both Selena Gomez and Hailey Bieber dated Justin Bieber, it is sometimes normal for people to compare them. However, since Hailey is currently married to the singer, things stop being OK after a while.

Hailey Bieber finally opened up about the subject, “Justin knows that I’ve had a really, really hard go, and a really hard time with a lot of the things people say and a lot of the ways that I feel like people have made comparisons and just put me in a position where they’ve made me really feel like less of a woman.” Yahoo! quoted her, “I think I’ve gotten to a point where people are gonna say what they’re gonna say…people think they know what happened in his life and his relationships, and they think they know what happened between us and our relationship and how we got here, and there’s no possible way they could.”

Hailey Bieber has had some hard times, especially after her marriage to the singer. Her privacy has exposed, no matter how much she tried to hide her life. People can hurt a lot, and in this time when there is social media and people can make any comments they like, sometimes those words hurt. However, Hailey shared once, “[T]he reality is that we wake up next to each other happy every day. All y’all haters can keep trying, but we’re chilling. What a perfect kiss-off!”