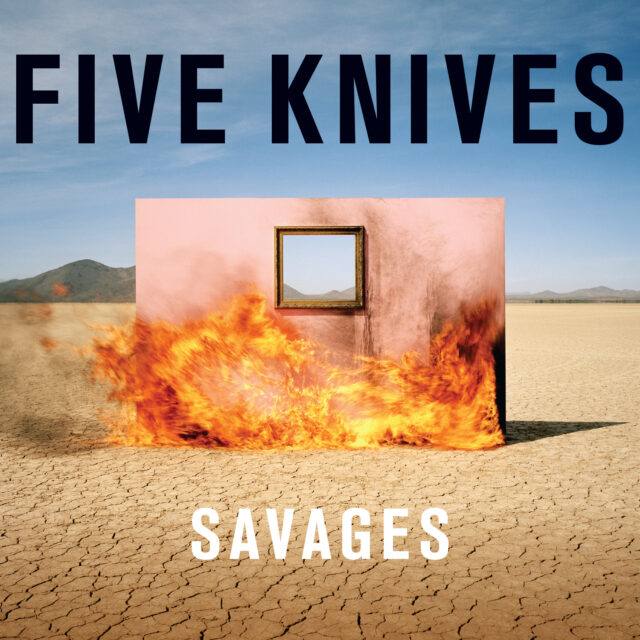 Electronic-pop band Five Knives has released their debut album \’Savages\’. The album, produced by Mark Needham (The Killers, Imagine Dragons), contains 13 tracks of heart-skipping raw electronic bursts wrapped in pop hooks, all delivered with the power and energy of a live band.

On the heels of two Top 10 Billboard Dance hits with songs \’Sugar\’ and \’The Rising,\’ new single \’Savages\’ is currently in the Top 15 on the chart and climbing. The video for the track is in rotation at MTV Hits and MTV Clubland and is part of the current crop of MTVU’s The Freshmen.

Out now on iTunes.