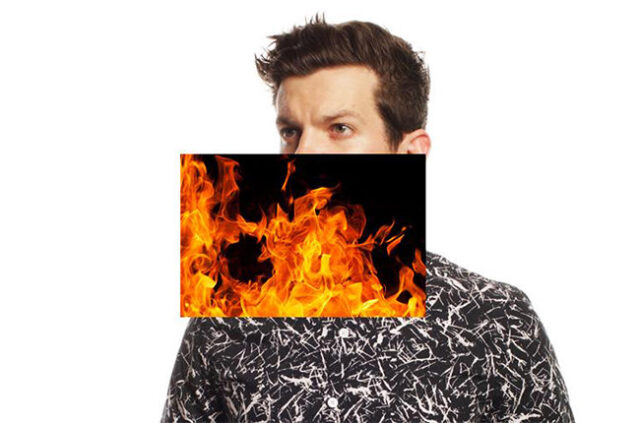 Dillon Francis came out with a new EP This Mixtape is Fire just recently came out on August 14th. The album got the highest chart review in Canada, Debuting at #17 there. This album includes guest appearances Kygo, Party Favor, Chromeo, Bro Safari, Calvin Harris, and James Hershey. In this interview from Entertainment Weekly, Francis decided to interview some of his friends on his album and asked them about their preference of food, their most embarrassing moments and more.

Dillon Francis: Why did you want to work with me?
Kygo: I liked your style of music and thought it would be very interesting to see what a collaboration could bring! I was also laughing hard at all your Instagram stuff.
Dave Macklovitch (Chromeo): It’s the rule of the two F’s: I’ve got to be a fan and I’ve got to be a friend. We only work with people we have a cool personal relationship with. And thank God the video of us playing spoons together didn’t go too viral. People would really have some questions about our friendship. The coolest thing about the music industry is that it’s super collaborative and based on relationships and mutual respect. I’m a big fan of what you do musically, but also culturally. I think your presence in the electronic community is a really important—from the aesthetics to your sense of humor. Even the decision of taking something like moombahton into something that hundreds of thousands of kids still enjoy to this day…it’s cool. By the way, I can write your bio if you want to.
Francis: I’m sending you a Venmo right now, I do want you to write my bio.
Bro Safari: Because you’re famous and I’m not, and I want to be. Aside from that, I guess that I kind of dig your music, sometimes.
James Hershey: You posted this kickass video of you dancing along to this hook that was my voice and I was like, “This is unreal, this can’t be happening.” But it was true. I was just super psyched that you liked the track and made some magic out of it.
Dylan Ragland (Party Favor): Well, I had no choice [laughs].
Francis: Do you want to elaborate?
Ragland: I don’t want to, like, toot your horn and give you too many compliments.
Ragland: That’s perfect [laughs].

Francis: When did you feel like, “Ah yeah, we did it we made a good song!”?
Kygo: Straight away. “Coming Over” was probably the fastest collaboration I’ve ever done.

Francis: What’s your favorite part of our job and least favorite part of our job?
Macklovitch: It dawned on me at some point that our music makes certain people happy—I never thought we’d have that effect and it’s really gratifying and humbling. My least favorite is the exhaustion that comes with traveling a lot, the touring related exhaustion. And the crazy thing is that we’ve all been doing this for years and your body never gets used to it—you always feel messed up. But it’s a good problem to have.
Hersey: I love having a lot of time, because I do. As much as I work, there’s still the ability to chill and read whenever I want to. Or I can just hang out with my cat. And then what I hate about it is when I’m producing and writing a lot I’m alone a lot—there are a lot of times where I’m sitting there for, like, four days in a row surrounded by coffee cups and empty plates in the studio and I’m like, “What the f–k am I doing with my life?”
Francis: I would say that’s the best feeling ever, that’s when I know it’s about to be the breakthrough part of whatever you’re working on. I love being alone in my room sitting at my computer and making weird noises—with my computer, not … whatever.

Francis: What’s the most embarrassing moment you have had on stage?…I’ll go first, I got hit with a soda can in the head. I had to get stitches.
Kygo: Probably when the power went out twice during a song and it was complete silence for a minute or two both times. I think it was when I played in Paris. It was also in the middle of “Firestone” which I had just released, so it kind of sucked.
Macklovitch: My bandmate once pissed his pants when we were playing in Brazil—but we weren’t embarrassed, we were proud. He was wearing these rugged nylon pants and no one could tell but he kept going to me, “Look at my leg! Look at my leg!” and I was like, “Oh sh-t!” There was fluid just trickling down his leg. I mean listen, if embarrassment came into the equation I wouldn’t be in a band called Chromeo, we’ve sort of come to terms with being in on our own joke.
Weiller: Every night is kind of embarrassing in its own way, but there was a string of shows last year where I thought it would be a good idea to not wear any shoes when I played. That was really stupid.
Hersey: So like four days ago I played at a festival in Germany and a string ripped on my guitar right towards the beginning of a song and I tried to rip the string out of the front of the guitar and my hand got all bloody. It was horrible—I don’t know if that’s embarrassing or just stupidity on my side.
Ragland: There was one time I got up there to go jump on the stage and get everyone hyped and be all cool and my necklace got wrapped on my headphones and it yanked me down and I literally fell backwards on my ass off the DJ booth. Looking back it’s pretty spectacular because I don’t know if I could recreate that if I tried.

Francis: What are you listening to right now? And if it isn’t the song we made don’t bother answering this question!
Hersey: I wish I could listen to our song but it’s not released yet—I wish you would just f–king put the thing out. So I was listening to this track by Mura Masa called “Lovesick Fuck”, that track is unreal if you haven’t heard it.
Ragland: The wonderful sounds of North Hollywood.
Francis: I mean as in music!
Ragland: Oh [laughs]. The last thing I played was “Stairway to Heaven” by Led Zeppelin. That guitar solo, man—nothing else matters when that kicks in.

Check the full interview here to learn more about Dillon and his friends.