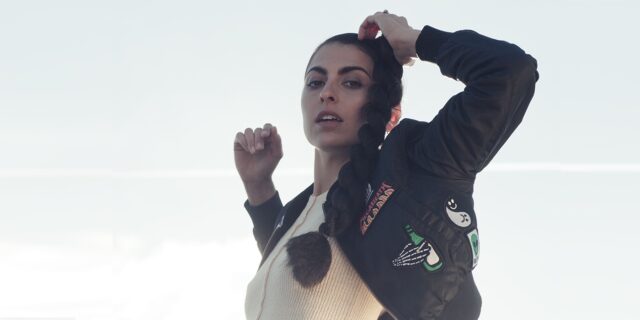 …in reality no matter how hard we try, we can only make a small mark on this world.. but no matter what you do you still have to try and make that mark. Ya just gotta try.

As a producer, singer, and performer, Anna Lunoe is a triple-threat in the dance music community and a force to be reckoned with. Establishing a name for herself in a male-dominated world, Lunoe has time and time again proven that she has more than what it takes to be at the top. Deriving from Australia, her work is arguably some of the most diverse and innovative.

Three years ago, she introduced some of her original productions such as \”Stronger,\” which she did with Diamond Lights, and \”Them Jeans,\” which she worked on with Voodoo, and has since continued to rise along with other artists in her industry. The game changed when we were presented with \”I Met You\” and everyone, in one form or another, looked her way. Joining forces with Flume, the track captures her amazing vocals layered with disco and summer vibes that has been a favorite for fans of both artists.

As she progressed through her musical career, songs like \”Breathe\” thoroughly set her apart from other artists in 2013 and Lunoe\’s following increased when it was remixed by artists like Treasure Fingers and Worldlife.

The track itself, which released on Fool\’s Gold Records, sits well in a club atmosphere and is one of the best songs Lunoe has produced to date. So if you haven\’t listened to it already, for some odd reason, be sure to do that. It\’s whats she called \”your new fav clubbanga.\” And that it still is.

Her \”All Out\” EP, which followed soon thereafter, complied a handful of songs that shed even more light on her overall talents–and is hands down one of my favorite EPs to listen to on repeat. Featuring songs like \”Satisfaction,\” \”Heartbreak in Motion,\” \”All Out,\” and \”Say It Again,\” Anna Lunoe encompasses her unique sound, both in terms of production and voice, and emerges onto the scene as one of the most creative producers going forward into the year.

She has shared stages with some of the genre favorites like Diplo and Kaskade, and recently boarded the Ship2Ship tour with Destructo, Motez, and T. Williams. Lunoe has become one of the most respected in dance music and has created a dynamic collection of music that we gladly welcome onto our playlists.

If there is one driving force in the music industry that can unite groups of people and provide meaning to the very art of music, it\’s passion. There is an inevitable change in dance music and we\’re barely scraping the surface, but something that has retained most of the fan base, regardless of the uncertainty, is the element of passion. Anna Lunoe started her career with this aspect and continues to demonstrate it throughout her work. That is what will make her timeless.

Oh yeah, have you listened to her new song with Sleepy Tom? Because you should: