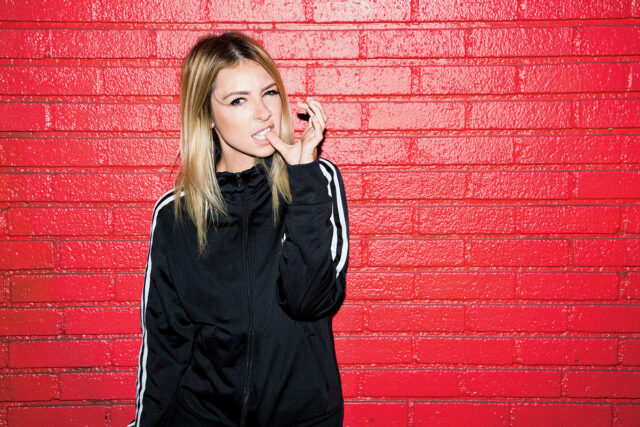 Alex Scholler, better known by her stage name Alison Wonderland is on fire lately. The Sydney based DJ and producer signed to EMI Music Australia is making a name for herself. With her background in classical music as a trained cellist, it’s no wonder this girl has an ear for music. The DJ was discovered while embarking on a national tour across Australia, selling out her secret Wonderland warehouse parties. Wonderland exploded last year with her hit song “I Want U” and continues into 2015 with even more exciting news. Her very first appearance in the US was her visit to Coachella in which she blew the crowd away. Diplo, himself, recently called her one of the best DJ\’s down under. Wonderland also released her very first studio album Run which features the album’s lead single “U Don’t Know.” The music video is pretty awesome too, starring actor Christopher Mintz-Plasse, better known as McLovin in Superbad. What makes Wonderland such a badass? Not only can she DJ but the artist also sings on her own album and not to mention, she is one of the few ladies involved in the EDM industry. To top it all off, Wonderland has recently shot and produced a new music video for her song “Games,” which dropped earlier this week. She is definitely an artist to check out and I’m sure you’ll be seeing her name at many upcoming festivals.