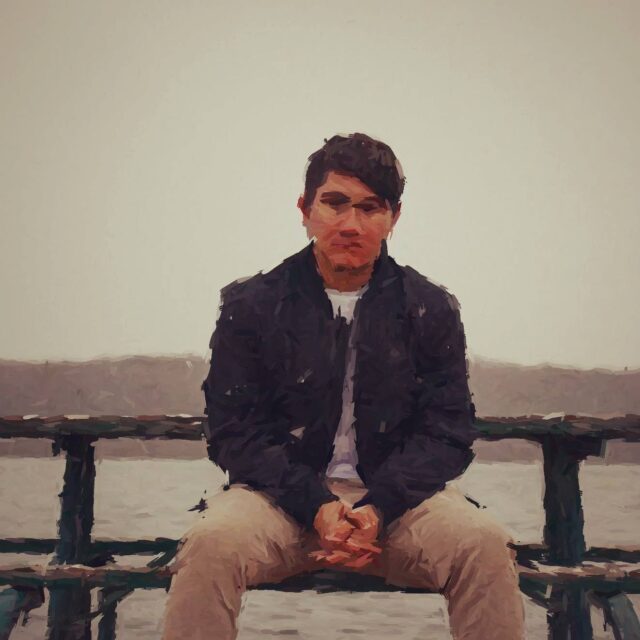 Mielo talks tacos and his thoughts on \”Closer\” by the Chainsmokers.

Brett Stogsdill, better known as Mielo, is a Chicago born and raised music producer. The 21-year-old DJ has come a long way in the last few years, collaborating with artists like ieuan and opening for Porter Robinson and Madeon. On top of being a kickass person, Mielo also makes some pretty fantastic music.

I had the pleasure of sitting down with Brett to ask him 20 questions. From favorite taco restaurants to favorite songs, we covered just about every possible thing in our short chat. Check it out below and make sure to keep an eye on Mielo this coming year.

Mielo: I was born in Joliet, IL. I grew up in Homer Glen, IL.

2. What got you into electronic music?

Mielo: A mixture of things. A girl I was talking to at the time was super into it and I was moreso only listening to metal and rock. I thought I\’d listen to some of the stuff she listens to and immediately was like yo this is cool! I didn\’t think about DJing until like a year later though. This was early senior year of high school, I think.

Mielo: Green, but I really only rock black.

4. If you could live anywhere, where would it be and why?

Mielo: Anywhere that is secluded! I enjoy open space and not a ton of people around. Similar to the place I grew up. I really liked the house in Twilight that Edward and all them lived in. House goals.

5. What are you doing for New Years?

Mielo: As of right now, nothing. WE SHALL SEE WHAT HAPPENS. (Prob will watch a movie with my sister and mom if I could take a guess, ha).

6. Favorite food. This is important.

Mielo: If I could eat Jersey Mikes & Potbelly everyday, I probably would.

Mielo: That\’s so hard, but the band I\’ve seen the most live is Avenged Sevenfold!

8. What was the first song you ever made?

Mielo: This song called Levitate under my original name when I was just starting to make music! It was an electro house track. If you search enough on YouTube you\’ll find it.

9. How has your sound evolved?

Mielo: I used to like big room (before Mielo came to be), and now I enjoy making music under 100BPM. I\’d say I\’m going less like happy happy music and more so just overall emotional. It\’s music that hits people differently, if you know what I\’m trying to say.

10. What was your favorite festival to play?

Mielo: Summer Set 100% it was the first crowd that right from the beginning wanted to have fun.

11.Who was your favorite artist to support at their show?

12. Do you like where the electronic dance scene has gone?

Mielo: Yeah its cool. I feel like 7/10 songs on my Soundcloud stream sounds pretty much the same now but also there\’s some amazing things happening in the new wave of alternative electronic dudes. Guys like Crywolf, AWAY, Midoca among others are doing some cool things right now.

13. Current favorite track to jam out to.

Mielo: Where I live right now has a dense Mexican population so theres sooo many good places. This place Red Habanero is tight. I go there alot with my mom and sister.

15. How would you classify your sound?

16. How was working with ieuan?

Mielo: It was cool! I\’m meeting him this weekend! He\’s flying into Chicago & we are filming the music video for Pretty When U Cry!

17. If you weren’t making music, what would you be doing?

Mielo: Hopefully graduating from college! I kind of miss Iowa city (University of Iowa). No idea what major I would have finished with.

18. If you could collab with anyone, who would it be?

19. What do you think of the song “Closer” by the Chainsmokers?

Mielo: I\’m not a huge fan of that style of music. Falls a bit too much on the radio pop end, but I could jam out to Don\’t Let Me Down or T-Mass\’s remix of Closer anyday. The Chainsmokers were one of my favorite producers when I was trying to learn how to produce. Their \”Dreaming\” remix still gives me feels.

Mielo: I REALLY wanna finish these original songs and drop an EP in the early months of 2017. I have a official remix for a dope song that I\’m finishing up right now. That is the plan. I also will be more present in the summer music festival circuit compared to last year. Hopefully a big level up from what I did in 2016.