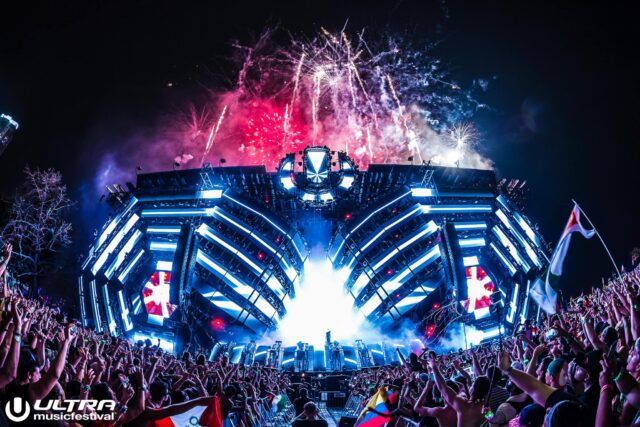 With Ultra Music Festival rapidly approaching, travelers from across the globe will be headed to Bayfront Park in Miami for three days of incredible music and experiences. If you are anything like us, you will want to make your detailed schedule of performances early to ensure you don\’t miss a minute of any set.

For this reason, we have compiled a list of our top 10 must see acts of Ultra 2017. Though it was hard to choose from so many incredible artists, we tried to narrow it down to 10 must see shows.

JOYRYDE kicked off 2017 with his C.A.R. tour, which hit cities across the US. The bass-heavy artist is known for chopping up old school beats and mixing it with deep, new flare. If you were not lucky enough to catch JOYRYDE on his C.A.R. tour yet, make sure to check him out at 6:15pm on Saturday at the UMF Radio stage.

Isabelle Rezazadeh, better known as Rezz, has been killing the music game as of recent. The young female artist has taken over the electronic world by storm, and it doesn\’t look like she will be slowing down anytime soon. Her dark techno tracks and enigmatic goggles make Rezz a must see over Ultra weekend. Check out Rezz\’s set at 5pm on Sunday at the Ultra Worldwide stage.

Major Lazer is bringing a live set to this years installment of Ultra. Diplo, Walshy Fire and Jillionaire are known for their crazy dancehall beats. The excitement of Major Lazer being listed under the live headliners should be enough to bring you to the set; if that is not enough, we can bet that the Major Lazer crew will bring out a handful of other artists to join them on stage. Catch Major Lazer close out the Ultra Main Stage on Friday at 11pm.

In Ultra\’s past, the Sunday night headliner has been known to bring out some pretty big guests. Jack Ü brought out Justin Bieber, Martin Garrix brought out Usher, and Pendulum brought out deadmau5. At the end of last year, DJ Snake teased a yet-to-be released track featuring Drake. Could Snake\’s Sunday night closing set be the first time Drake sees the Ultra Main Stage? Check him out at 9:55pm on Sunday.

Dan Griffith has had a breakout year in music. He recently released his collaboration \”Feel Good\” with Illenium ft. Daya. The track received outstandingly positive feedback, and it is well deserved. The young artist incorporates a plethora of live instruments and feel-good beats into all of his sets. Make sure to check out Gryffin at the UMF Radio stage at 7pm on Friday.

No one really knows just who Frank Walker is. The mysterious character will be taking a Saturday time slot on the main stage at 1:50. But who is he? Walker has little to no history on social media, only three songs on SoundCloud and two photos on Facebook. From the little we know, we do see his General Manager to be listed as \”Myles\”, as in Myles Shear, manager of Kygo. However, we can expect something interesting and different from Walker\’s main stage appearance. Catch him at 1:50pm on Saturday.

Hot Since 82 is your one-stop-shop for incredible house music. The young producer will take over the Resistance Arcadia Spider on Friday, and we can guarantee you will not want to miss it. Daley Padley will hit the stage at 8:55pm, don\’t be late.

After the cancellation of their headlining set during Ultra 2016, The Prodigy will make a triumphant return to Bayfront Park to close out the Live Stage on Saturday. As one of the pioneers of big beat music, the group is sure to get you dancing with their crazy sets. Featuring punk influences, hardcore techno and even jungle music, The Prodigy is a must see set. Check them out at 10:45pm on Saturday at the Ultra Live Stage.

Getter, a current king of filthy aggressive beats, has just launched his own label. According to Getter, Shred Collective is more than just a label: it\’s a ground zero for creativity. The 23-year-old producer got his start on OWSLA (and Vine), and is now taking the world by storm. If you want to catch a heavy set, make sure to hit up Getter at 9pm on Sunday at the Ultra Worldwide stage.

If you are looking for a break from electronic music during Ultra weekend, you must check out Cypress Hill. Cypress Hill holds their own on the Ultra lineup: the old-school \”Insane in the Brain\” rappers will perform on Saturday. The group states that they have been to Miami \”less than ten times\” in their 25 year career. For a once in a lifetime experience, catch Cypress Hill at the Ultra Live Stage on Saturday at 6:15pm.