Over the past couple decades we have seen a change in the concert scene unfold before us. One element becoming more and more common is the use of cell phones. We’ve seen artists attempt to fight this by telling their fans to leave the phone at home. Jack White even hosted a concert where all attendees had to put their phones in a locked bag that could not be opened until after the show. We have seen attempts to combat the phone epidemic at concerts but looking at the big picture, theres been little progress made. 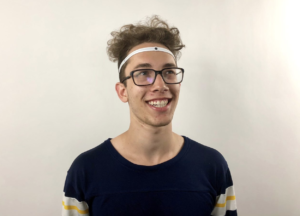 Dylan Rose is a 19 year old student at University of Washington with a goal to not only change concerts, but change the world. How will he do this? With GlimpseCam – a wearable headband equipped with a camera to capture pictures and videos of concerts without holding up your phone.

To Rose, this isn’t just a different way to capture footage from a show, its a solution to a problem. The problem of phones slowly taking over how we experience concerts. “I’m born to solve problems, and that’s the problem I see” says Rose. “I can’t tell you how many times I’m sitting with my friends, and they’re like, ‘What is there to do? I’m so bored, I’m so bored,’ and they’re just scrolling. I think it hurts social interaction. Take it to the next level — mental health. I think our generation is being hit like a truck by mental health problems, so growing up in and around that I see the effect that that daily usage of a smartphone and other social media technologies have on us. The biggest bet that I’m hedging here is not that people are going to stop liking social media, it’s that I can give them a better way to do it.”

Similar to Google Glass and SnapChat Spectacles, GlipseCam will shoot videos and take pictures from your point of view. According to Rose, Google and SnapChat got it wrong. Rose doesn’t want people wearing his headband every day documenting everything, he wants it integrated into an event, such as a concert or festival. He says: “Wearables are really better to be integrated at an event, or for a specific activity. But making something and saying, ‘Here, log your life’ … Google tried it, SnapChat tried it, no one wants that. I’m not going down that route.”

Getting people to ditch their cell phone at concerts won’t be easy, but Rose is determined to change concert scene forever. After all, the GlimpseCam motto is “Look up at the world, not down at a screen.” 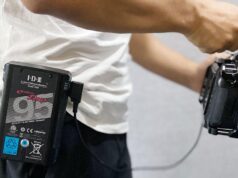