Home Mind & Body What Is the Spiritual Meaning of Skulls 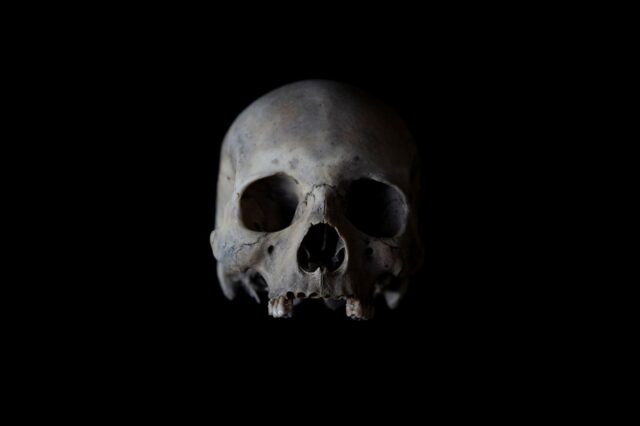 For some people, a skull symbolizes something dark, unsettling, or even death, but for others it’s a cool thing that you can wear in the form of jewelry, printed on a t-shirt or even in the form of a tattoo. We respect the opinion of both sides, and we feel like both sides are equally “right” when it comes to this. Skulls are cool, but due to the way our society is structured, in some places, it may be inappropriate to wear such a symbol in any form (whether it’s a tattoo, a necklace or a ring) due to the different opinions people have about it.

In today’s article we’ll talk about the spiritual meaning of skulls, so if you are interested in learning more about this, feel free to stay with us until the end.

1. Skulls, according to most people, symbolize death

We can’t deny that death is a part of life. It’s everywhere around us, and although most of us view  this as a really dark subject whenever it’s brought up in a conversation, there are a lot of people who don’t share the same opinion. For example, in Mexico there is a holiday called “Dia de Muertos” or “Dia de los Muertos” which translates to The Day of the Dead on English. This is a holiday that’s held on the first and second day of November, and it’s one of the most popular tourist attractions in the world.

We mentioned this holiday because it helps us express what we’re trying to say about not everyone viewing death as something so dark and distant. It’s a part of life and during the Mexican holiday people gather up positive energy and celebrate instead of being negative and sad. The main point of the Dia de Muertos is celebrating the good deeds and remembrance of those that passed away. And, just take a look at the photos, because you’ll see a lot of skulls there.

This is probably the most spiritual belief when it comes to skulls. And, you can click here to view other similar meanings as well.

2. Skulls are a symbol of danger

We have evidence of tribes that used skulls for keeping enemies out of their own territory. We’ve seen this in movies and video games as well. Skulls have always been used as a symbol of danger because the only way to “display” a skull that way is by extracting it out of a person or an animal that’s no longer alive. Since then, we’re using skulls as warning symbols on danger signs and other similar places.

But, why does a skull always have to symbolize something dark? Well, it doesn’t.

There are a lot of people who embrace the skull symbol and even have it as a significant part of their religion. Obviously, this doesn’t include any “modern” religions, but tribes in some areas of the world have totally different meanings for the skull compared to us, modern city beings. And, this part will probably surprise you the most because skulls symbolize wisdom for a lot of people.

Before you start wondering how is it possible for a skull to symbolize something such as wisdom, hear us out. Most of us know what the Grim Reaper figure is. For those of you who don’t, let us explain. The Grim Reaper is considered to be the “bridge” between life and death. It’s the “assistant” who transfers the soul of those who passed out into the world of the dead. But, you shouldn’t think anything bad about The Grim Reaper because that figure is not the one that decides how you’ll go. They are only responsible from bringing you to the afterlife.

Since The Grim Reaper is considered a spiritual creature, a lot of people give it a lot of significance. And, this is the case in many other cultures as well. Sounds a bit “wacky” if you are very traditional in your beliefs, but that’s actually the meaning of a skull for a lot of people.

4. Skulls symbolize courage, being fearless and having a warrior spirit

In order to help you understand this better, we’ll take pirate flags as an example. Pirate flags always included a skull in the “design” and that’s to symbolize bravery, danger and toughness. The picture you get in your head when we mention a pirate flag is probably a black background with a white skull. That’s enough to scare off the enemies or at least reduce their morale to fight, which helps quite a lot in battle.

But, pirates were not the only ones to feature a skull on their outfit or flag in order to scare the opponents. Vikings and other tribes known for their ability to fight did the same thing as well. Overall, the skull in such a situation symbolizes toughness. If you have multiple skulls attached to your outfit, or the armor for example, the chances of scaring your enemy increase.

Motorcycle clubs for example feature a skull in their logo design quite often. Now, not every motorcycle club has to fight for territory or anything like that, but they’re still people who need to show some kind of intimidation if they have rival clubs in their area, and they use the skull symbol for that. Their point is not to show that they are a threat to others, but that they can withstand anything life throws at them even if the thing thrown at them is death itself, which is usually what the skull symbolizes depending in what context it’s used.

The skull is a really symbolic thing, and not always does it represent something dark. This of course depends on the way it’s used. Skulls in modern culture are also very present. We see skull tattoos, necklaces, rings and prints all the time. They simply go well with a darker style. However, the skull symbol has a very spiritual meaning as well. Feel free to check what we wrote above if you are interested in learning what that is.

How Gratitude Quotes Can Inspire You To Live Your Best Life

Reduce the Signs of Ageing With Fibroblasting

Are Expensive Sunscreens Really Worth the Money?