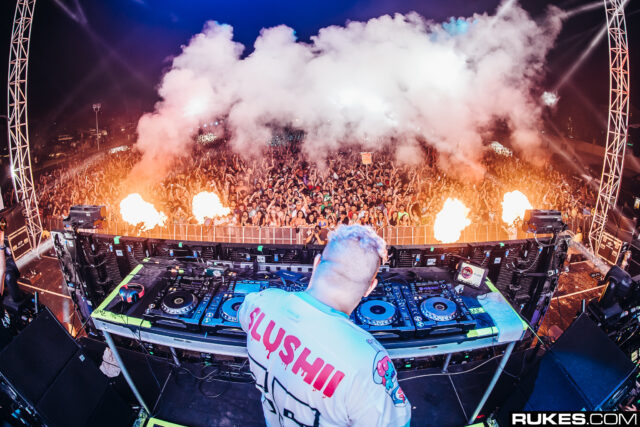 Personal feelings aside, there’s no denying that Slushii has had a massive catapult into the limelight over the past year, and is continuing to grow alongside some of the biggest names in EDM. With support from Skrillex, Marshmello, JAUZ and more, it’s safe to say Slushii will keep rising and garner improved production skills along the way.

Thankfully for fans of Slushii, it appears that the 19-year-old New Jersey native is planning on releasing his first debut album, just two years after beginning the project. Taking to Twitter last night, Slushii got fans excited by stating he was getting “to work on this album again” and just a few minutes later, he dropped the 10 tracks that are slated to release on the album. With no title or release date, these are the 10 unreleased singles on Slushii’s upcoming album:

Again, regardless of personal opinions of Slushii, writing and producing a full-length album at just 19 is a tremendous feat. Despite not having a release date, we anticipate to hear some of the singles within the coming weeks as festival season continues to roll through. Until then, you can stream Slushii’s latest release, “Twinbow” with Marshmello, below:

Tamia Kerluke - June 4, 2020 0
Kim Kardashian West and her husband Kanye West threaten to sue former bodyguard after claims that the two were calling paparazzi on themselves. Not that...