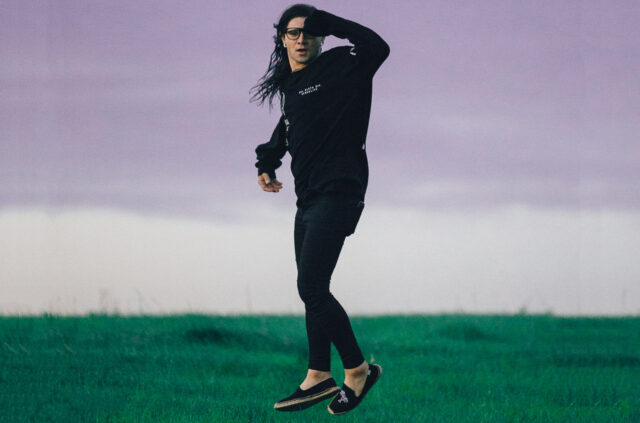 Skrillex is more than an artist – he is an icon. Since his groundbreaking entrance into the scene with Scary Monsters and Nice Sprites – to multiple Grammy Nominations and Awards – to founding what started off as a label but has evolved into a lifestyle, OWSLA – to becoming the most popular in-demand DJ in the world – Skrillex, aka Sonny Moore, has led the march of computer generated sounds to its elevating pinnacle status today.

As a tribute to his rise to stardom, Skrillex and his personal videographer, Jas Davis, along with fellow creative, Winterhalter, have collaborated to produce an epic 12-minute mini documentary called \”The Same Place\”. The extended video highlights Skrillex\’s journey in 2016 as not only an artist but also an innovator who aspires to inspire creativity around the globe.

A notable quote from the visual doc, Skrillex shares with a  group of students,

Make music for the 16 year old inside yourself even when you\’re 50 years old. Fuck the craft, everyone can learn how to do this shit. Cultivate your own thing, stick together and just do that. Have some fun, make some music. If it\’s fun – that\’s all that matters. I\’m having fun. I\’m in the same room you\’re all sitting in right now. I\’m in the same place you guys are.

Presented with exceptional edits and astonishing clips from all around the world, The Same Place will sweep you with awe and sink in the realization; Skrillex truly is an artist that will be remembered as an icon of today\’s dance music culture.