The United Kingdom is full of fantastic waterfalls to see together with your family and friends! Here is the list of the most beautiful falls for road trips.

Meet the row of three waterfalls that adorn Yorkshire Dales in the United Kingdom. These waterfalls can be found bordering the local woodland, not too far away from Aysgarth hamlet. The water pushes through the groups of limestone on the three levels, such as Upper, Middle, and Lower forces. The stream is connected to River Ure, which is the main source of water.

Aysgarth falls are included in the list of Sites of Special Scientific Interest of Great Britain. The place is popular among tourists and has hosted them for 200 years already. There is a special centre where visitors can buy some souvenirs, exhibitions and more information about Aysgarth falls.

This waterfall is a part of the basin of the River Tees, situated close to Middleton-in-Teesdale, in the North of England. High Force is marked as AONB – the Area of Outstanding Natural Beauty. Its formation is caused by the intersection of the Tees and the igneous rock of the Whin Sill. The water pours from the cliff, which reaches 22 metres in height. It creates magnificent scenery that attracts visitors.
High Force is beautiful at any time of the year except winter. The place is open to the public but, you need to remember about safety there. Follow the footpaths and do not enter the waters of the stream. You can stay at the nearby High Force hotel that has a parking zone near the complex. Book a 7 seater hire to drive together with your friends to one of the most spectacular waterfalls in England!

The name of the waterfall in Welsh stands for “spring of the waterfall”. It’s situated in Wales, 26 kilometres from Oswestry and 6 kilometres from Llanrhaeadr-ym-Mochnant hamlet. The main source of water is Afon Disgynfa.  The fall has three levels, one of them is 40 metres in height. Pistyll Rhaeadr is included in the list of the SSSI and the Seven Wonders of Wales.

You can try reaching the top of Pistyll Rhaeadr, or explore the foot areas. There are a number of facilities for tourists near the waterfall, such as a parking zone, a B&B, and a café. If you take your family with you, then it’s a good option to book a 7 seater car hire self drive and drive to this wonderful place from Liverpool.

This cascade is situated not too far away from the Cow Green Reservoir in the northern part of England. The stream of the waterfall belongs to the River Tees basin. Cauldron Snout’s waters flow within the area of European Geopark and AONB. The length of the waterfall is approximately 180 metres, which makes it one of the most extended in England.

The landscape of the surrounding areas attracts a lot of visitors annually, even though the nearest parking zone is 3 kilometres from Cauldron Snout.

It’s located in Swaledale valley, which is a part of Yorkshire Dales National Park. One of the nearest settlements there is a village, called Keld. Generally, there are 4 waterfalls near this hamlet, and East Gill Force is one of them. The others are Wain Wath Force, Kisdon Force and Catrake Force. Together these 4 cascades are labelled as “forces” –  “foss” in Norse, which stands for “waterfall”.

One of the chief torrents is a section of upper falls that reaches 4.5 metres in height. The other part of the fall is a group of small cascades, situated at the junction of East Gill Force and River Swale.

The place is popular among the tourists for picnics and footpaths. To get there, you can drive to Keld from Leeds by car. Thanks to Rental24.co.uk, you can hire a 7-seater for your best family picnic near the charming East Gill Force!

The name means “lazy” in Gaelic. You can find this fantastic waterfall within Ross-shire, which is located in Scotland. The water drop reaches 113 metres and makes Falls of Glomach entering the top of the highest in the UK. The water of the stream is clear and flows through the Highlands.

It’s popular for hiking activities because the route reaches 12 miles in length. At the same time, tourists like this place for picturesque landscapes and views of the Highland.

The other name is An Steall Bàn. In Gaelic, it means “The White Spout”. Located in Glen Nevis, Steall Waterfall flows not too far away from Fort William. It’s one of the highest falls not only in Scotland but also in the United Kingdom. The water drop reaches 120 metres.

You can access Steall Waterfall via a footpath that goes by the Nevis Gorge. Visitors can enjoy a short-distance walk and take beautiful photos.

The name stands for a group of waterfalls that belong to the River Clyde basin, located in Scotland. One of them is Corra Linn, which reaches 26 metres in height. The stream is surrounded by woodland, and the areas suitable for more than 100 species of birds. Falls of Clyde are included in the SSSI and protected by the Clyde Valley Woodlands National Nature Reserve.

Enjoy walking along the footpaths or participate in events related to wildlife. You can also have a look at the exhibition in The Falls of Clyde Visitor Centre. There are displays about the animals and woodland of the area.

9. Waterfalls in Vale of Neath

Vale of Neath is a Welsh area filled with waterfalls and cascades. The English name for this place is Waterfall Country. There are several groups of falls that tourists can visit every year. Here are some, that are accessible to public:

Tourists can visit a café to find some information about the Waterfall Country. It is located near the area of the falls. The other facility is a visitor centre at Aberdulais Falls. 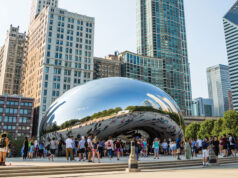 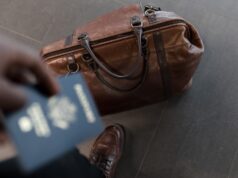 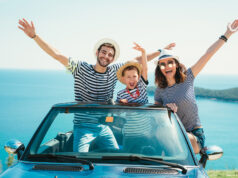