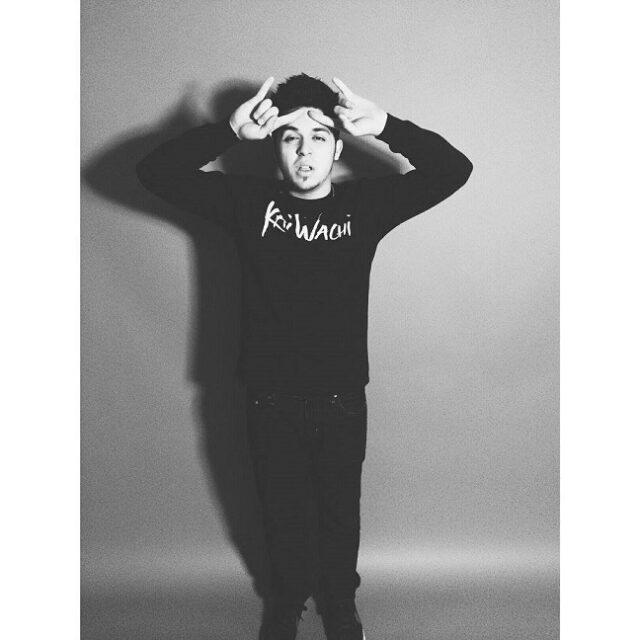 Real talent does not go unnoticed. It’s virtually impossible for raw genius to evade the attention of the mass in today’s music-enthralled world.
That being said, the rising artist that deserves the spotlight today is none other than the one and only – Kai Wachi.
Based out of Boise, Idaho and a deadly addition to the eviscerating arsenal of Kannibalen Records, Kai Wachi has been more than just a secret weapon in pushing the envelope of dark innovative sounds.
However, what makes Kai Wachi stand out from the plethora of trap producers today is not just his unique red eye approach to malicious synths and disorienting bass lines, but his unparalleled ability to curate polarized atmospheres in a single track that will likely have you questioning ‘is this still the same song?’

His most recent release, Demons, for example, starts off by inviting listeners to the obscure parts of their head where “everyone has their demons”, and with its eery notes and sinister beats takes listeners on a visceral ride into Kai Wachi’s twisted sonic universe. Shortly after the vivid imagery of deafening build-ups and nerve numbing drops, the burning trail then proceeds into the goose bumping outro where the tension disappears just like that *snap* and you will more or less be confused yet amused of its 180-degree switch. The ambient ending uplifts listeners to a replenishing state of mind, sharing a similar feel to seeing a glimpse of light at the end of a tunnel, or in a sense restoring peace to your sanity following mental distress.

It goes without saying, but “Demons” immerses listeners into a near-transcendent experience in the span of 4 minutes, and this is just one of many when it comes to Kai Wachi’s inventive methodology in shattering the general understanding of what constitutes a single track.

Thus it shouldn’t come at much of a surprise when saying that the exponentially expanding producer has received support from industry frontrunners like Snails and Bassnectar, and has joined Black Tiger Sex Machine on their concurrent tour for selective dates.

Kai Wachi is reaching new heights on the daily so it’s just a matter of time before we see him infiltrate many other platforms.
Check out this satanic banger, dig through his menacing discography, and keep your eyes wide open for this rising Demon.