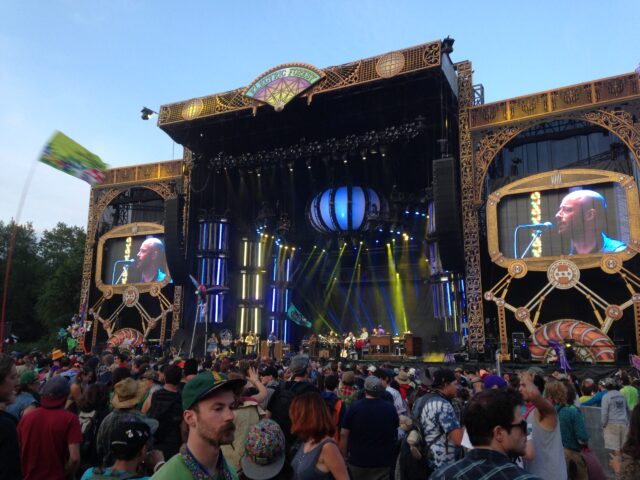 My 10 Favorite Performances at Electric Forest (100% my opinion, this is just who I saw and not the best of the weekend)

10. Snails (Friday, 10:30 PM, Tripolee) – Vomitstep creator Snails threw down one of the dirtiest sets of the weekend. He makes some of the heaviest music in the scene right now and his popularity is well deserved. [video]

9. Matoma (Saturday, 11 PM, Tripolee) – Matoma played a really laid back and enjoyable set at Tripolee Saturday night, with a nice blend of house and mainstream remixes that worked extremely well. He reminds me of the Kygo and tropical scene, but that\’s not how I would identify his music. It\’s just really chill and fun house music. [picture]

8. 12th Planet [surprise set] (Thursday, 9:15, PM Jubilee) – 15 minutes before this show started, 12th Planet and Snails were raging with us in the front rows of Vaski\’s show at the Forest Stage. He was taking Brodinski\’s place at the brand new Jubilee at 9:15, and 12th\’s manager had to physically pull him from the crowd and take him to the other stage. The first 30 minutes of his show was truly something special. It\’s great how Forest artists understand the crowd\’s love for dubstep and the scene from a few years ago. The place was packed with bass heads that just found out about this set via a phone notification about an hour before. I think it had the best and most engaged crowd of the weekend. The set kinda fell off once 12th started playing his more experimental and newer tracks, but this is one I\’ll never forget. [video 1, 2]

7. Crizzly (Friday, 9:30, Tripolee) – Crizzly was the first one to really start the party at Tripolee on Friday night. He stays true to his old, high BPM raw dubstep style and now also incorporates other genres. [video]

6. MartyParty (Thursday, 6:15 PM, Jubilee) – PANTyRAiD DJ MartyParty was the first show I saw at Jubilee Thursday afternoon. He often told the crowd how he hadn\’t played some of the tracks he was dropping in years, and was just having a blast, dancing and engaging the crowd during his grimy set. It had a lot of rap and hip-hop influences, but could not be more different than the average trap show. [video]

5. Dubfire (Thursday, 10 PM, Tripolee) – Iranian born Dubfire was my highlight of Carl Cox & Friends\’ event on Thursday. Great house/techno music combined with his visuals definitely made this show for me. [video]

4. SNBRN (Saturday, 8 PM, Triploee) – SNBRN [sunburn] is known for \”Raindrops\” and his self-identified genre \”sunset house.\” He played three sets at the Forest, but my favorite was his evening set at Tripolee on Saturday. Playing during a beautiful sunset, SNBRN played a diverse blend of future house, deep house, nu disco and more that could not have been more perfect. This is still one of the first festivals he\’s played – this guy could be around for a long, long time. [video 1, 2]

3. Wiwek (Sunday, 11:15 PM, Tripolee) – With most other people either camping out at Sherwood Court for Gramatik and Big Gigantic or on their way home, a very empty Tripolee was filled with people getting every ounce of energy they still had left from the weekend out at Wiwek on Sunday night. After four full days of great artists and lots of live performances, Wiwek\’s \”Jungle Terror\” didn\’t even sound like music – it sounded better and was one of the most unique and memorable shows I saw this weekend. [video]

2. Claude VonStroke (Saturday, 1:45 AM, Tripolee) – After being incredibly disappointed by Bassnectar, the Dirtybird founder threw down one of the funnest sets of the weekend, playing his unique house sound and catching everyone\’s attention by Tripolee.

1. Skrillex (Friday, 12:30 AM, Ranch Arena) – I said before that Skrillex is an expert at playing to different crowds, and I couldn\’t wait to see a throwback Skrillex dubstep set at Electric Forest. This was everything I expected and more. Sonny made me feel like it was November 2011 and I was at my first concert again at Congress Theater. I heard Carnage was awful too. [video]