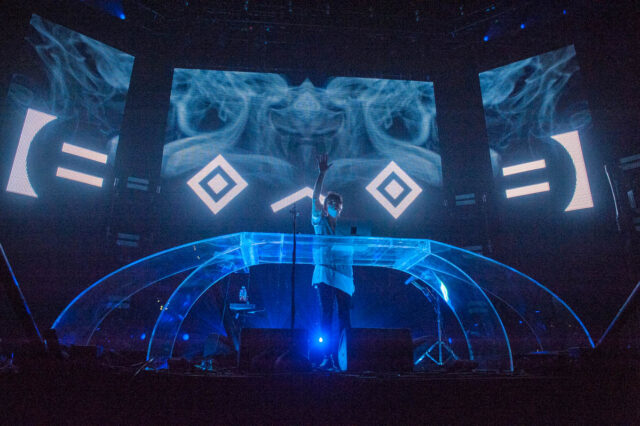 The uniqueness of Porter Robinson\’s Worlds tour has catapulted the artist into critical acclaim. For those that have seen the light shows and imagery conveyed by the DJ/producer, it is truly a magical experience. Recently, Porter decides to take it a step further and revamps his set at Okechobee Music Festival this past weekend.

The following are the changes that have occurred, courtesy of Porter\’s subreddit:

Sad Machine – Ocarina lead is back

Fellow Feeling – Shelter played during the vocals along with Shelter visuals

Hear The Bells – Plays the lead more in the second drop

Flicker – The Glory drums during the Astre remix

Goodbye To A World – Great Fairy Fountain Theme is back

Check out the video set below!