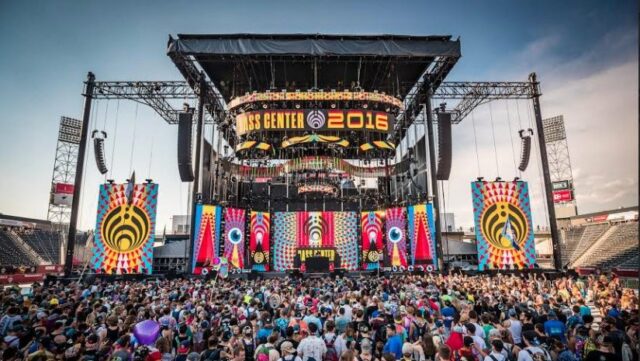 Lorin Ashton has heard the cries of the Bassnectar Family, blessing them with Bass Center X: Return to The Mothership

For the 10th anniversary event in his very special summer series, Bassnectar is bringing Bass Center X to Hampton Colosseum for three nights of magical pandemonium. Since the cancellation of BassLights, his army of loyal fans have been begging the bass god to host a special event at the infamous venue in Hampton, Virginia deemed \”The Mothership.\” Lorin Ashton has heard the prayers of bass heads everywhere.

We’re going all wonka for the 10th edition of Bass Center: The Mothership is our Chocolate Factory! We want to transform Hampton Coliseum and create our own Magical World. There will be expanded spaces to roam, opening up the entire venue to every human, with immersive production and the thickest, most all-engulfing sound imaginable. Plan to blast off like never before : )

Also announced is the unveiling “The Lot” in Hampton. This is an enhanced gathering space outside the venue with renegade sound systems, pop-up arts & crafts faire, and guest performances. The Lot will certainly make for a different vibe than the on-site camping option at last year\’s Bass Center event in Commerce City.