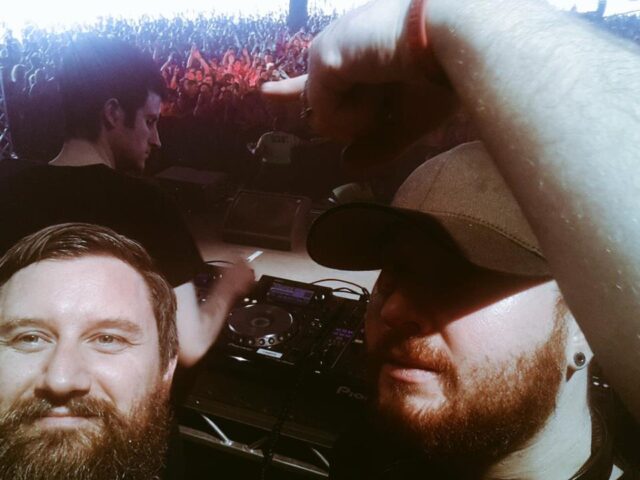 For the last four years, Rob Swire and Gareth McGrillen have shot down any talk of a Pendulum reunion. Yet this weekend, the drum and bass group reunited at England\’s very own V Festival to bring their fans exactly what they\’ve been waiting for.

Early Saturday morning, Knife Party sent out a mysterious tweet saying that they were at V Festival, regardless of not being on the lineup. Shortly after, Pendulum replied to Knife Party\’s tweet, only raising the lurking suspicion of many fans. The icing on the cake came when Rob Swire himself confirmed that Pendulum would be taking the stage for their first performance in four years.

On Saturday night, Rob Swire and Gareth McGrillen took to V Festival\’s Sure Arena to join El Hornet and bring their fans the surprise of a lifetime. Unfortunately, there isn\’t any good video footage of the event, as fans must have been too busy enjoying this amazing moment. Is this the rebirth of Pendulum? One can only hope…