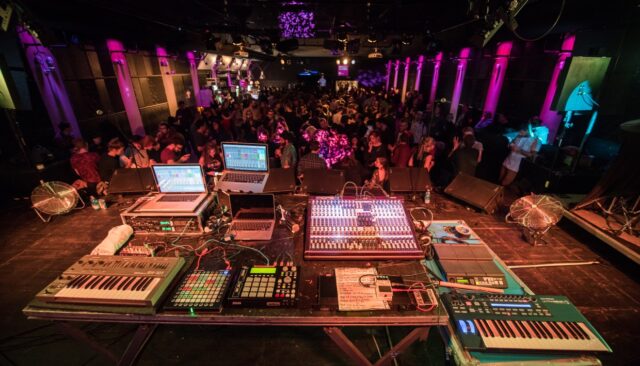 God bless the internet. She has blessed us with wonders like Proximity, Trap Nation, deadmau5\’s twitter account and torrents of Fl Studio. But she has also graced us with curses such as SoundCloud copyright admins, Vivid Seats and your yearly \”Top 100 DJ of the Year List\” *queue air horn*. Well, one day after the end of fabulous Summer Sixteen, the internet decided that one Top DJ list of the year wasn\’t enough, and instead decide to gleefully dispense more nonsense in the form of Reddit\’s Top 100 DJ of the Year List. If this is your first time ever hearing of this whimsical list I\’ll drop the top 10 and post the link to the full list here.

\”But Jalen,\” some of you may be exclaiming over your mobile devices and desktop computers, \”I love Martin Garrix, he only puts out bangerzzz. He\’s been the top DJ for how many years? Plus his Ultra set made me cream my pants. And dude The Chainsmokers are on the come up. Bruh their song Closer was so well made an-\”

Raising my finger to your mouth I forcefully whisper, \”Shh, now, now there generic unwoke EDM fan, imma let you finish, but this was a DJ contest, not a competition on who can put out the fattest kicks and slickest production.\”

WHACK! Jeez, you just got dropped harder than a velvet cake at a Steve Aoki concert by a digital foot from yours truly, and now, I compel thee to open that third eye and hear me out.

Top whatever lists suck, they really do. Everyone knows it. You\’ve got your own personal favorite and you spend your time going through the list not to actually read the list, but to find those names you\’ve already mentally decided in your head deserve the award or recognition. The problem is, with reddit\’s list, reading the actual list without any predetermined notions on who would win, it didn\’t make any sense, and maybe that might be in part to people confusing an EDM PRODUCER with an EDM DJ. So let the education begin…

An EDM Producer is this…

And an EDM DJ is this…

The inherent difference if these visual aids can\’t help is that, a producer CREATES the banger, while the DJ finds a way to craftfully PERFORM said banger, along with other bangers in an order that is known as a DANK MIX.

So now that we\’ve clarified why you, currently still unwoke and semi unconscious EDM fan, are wrong, we will go into why this list is trash.

You would think to get top DJ with those definitions, you\’d have to do some groundbreaking live performance right? DING! STRIKE ONE! Having seen most of the top list live personally, the ones that bring something new to the table other than CDJs and the phrase \”3,2,1 Jump!\” are in the strong minority, and that\’s a problem. I\’m going to go into this with a disclaimer.

I have the utmost respect and admiration for everyone on this list. They are exponentially more successful right now than I will probably be in my life and are infinitely more talented than me in what they do. After all, they\’re professionals and I\’m just a lowly peasant going about my life trying not to get confused with Donald Glover at a Bassnectar concert, while also trying to correct the crowd to clap in tempo. But with this being said, this list needs some serious rearranging.

What do The Chainsmokers do live with their CDJs that trumps them over Porter Robinson\’s odd controller x drumpad x launchpad combination? Does Zedd really have better turntablism than Daft Punk? What is Martin Garrix doing in his mix and overall live performance that beats out live beatmaking demons Odesza? Was this list truly taking into account live performance skills and talent? Or just the music these musicians have made? And if this was based on production and songs played…how did Ekali beat Mr. Carmack?

That\’s the issue with these lists. When artists like A-Track, Disclosure, Keys N Krates and Boyz Noize (just to name a few) are actively pushing the envelope on what a live DJ can do in terms of both turntabilism and live instrumentation, it seems like a slap in the face that so many artist on the list were ranked higher than them based on just the music they would play in their set and not HOW they would play it.

I mean, sure, at the end of the day you\’re looking to be entertained and sure semi woke EDM\’r, you\’d rather prefer to hear a clean mix with bangers then watch two guys use a Maschine Studio piece together a song live or a guy with a vinyl crate scratch his way to victory. But the thing is, nearly anyone can make a clean mix with bangers. It takes someone with talent, dedication and balls to go out against the tide and do something crazy with that mix. Because really, anyone can buy a Traktor S4, scream into a microphone and pull up a lightshow on their laptop from that wonderful internet thing I was talking about earlier. But it takes someone special to get that same mix, and recreate it using live instruments, or find ways to merge old school mixing and sampling techniques with our brand new digital equipment.

At the end of the day, this list was…hey focus no looking at prices for controllers on Amazon! At the end of the day this list was less an ode to the DJs we have now and more a smack in the face to the DJs who are really trying to stand out and do something new. And it\’s ok for our favorite producers to not be the best DJs out there and to acknowledge that. Just because they aren\’t making the most innovative strides in their live performance doesn\’t mean they can\’t be recognize for bombass production, or a killer light show, or crowd interaction. It just needs to be stated that DJing isn\’t having a cool light show and dropping cool drops, it\’s about turntablism and instrumentation and how you bring that into your performance.

\”Well then,\” you say nervously flinching as you get back up from the ground, \”you can type this out, but I\’m not really convinced. I\’m gonna need a video comparison or something.\”

Open that third eye kid, open it up all the way.