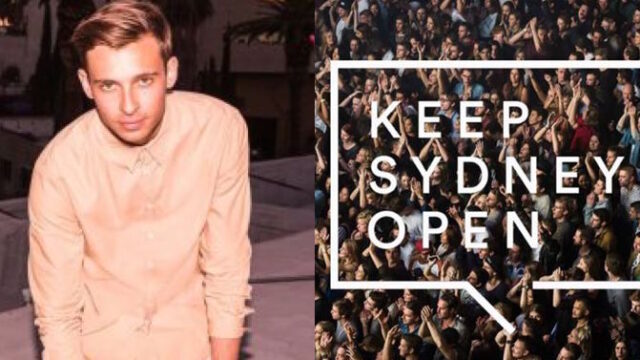 Flume has recently produced a track “Heater” in support of preserving his hometown of Sydney, Australia’s music scene. The Keep Sydney Open campaign is looking to restore live concert venues after the government introduced harsh lockout laws which restricted bars and clubs from opening past 1:30 AM. The regulation intended to keep the city safe, even though the crime rate due to alcohol-related assaults had been dropping steadily since 2008. The law has had an adverse effect on all citizens of the city, causing the shut down of venues and many job losses.

The Keep Sydney Open campaign was formed by live concert venues, cultural organizations, artists, and music industry stakeholders. The purpose of the organization is to restore the Sydney’s nightlife and livelihood. So much has been sacrificed for such little impact on violence. Interestingly, the group has chosen to not include alcohol companies or lobbyists in its campaign as it believes that there are “better things about nightlife than just the consumption and sale of alcohol.” The group believes that entertainment and safety can be achieved simultaneously and are not mutually exclusive.

Read more about Keep Sydney Open here and check out the latest campaign video featuring Flume’s song below. Joining Flume, other artists seen in the campaign video include RUFUS DU SOL, Peking Duck, Anna Lunoe, Hayden James, Alison Wonderland, Yolanda Be Cool, The Presets, and Flight Facilities, all hailing from this region and having started out playing at these venues.

Sydney is being silenced, so consider this our music video.Turn it up loud. It features a brand new Flume track that he saved just for his hometown (banger alert!)A big thanks to Marcus Coblyn and the team at Broken Yellow for pulling this incredible clip together in under 24 hours.We assume you know where the share button is.See you on October 9 at our rally: www.facebook.com/events/1159692567402833/It’s time to take our city back.#keepsydneyopen