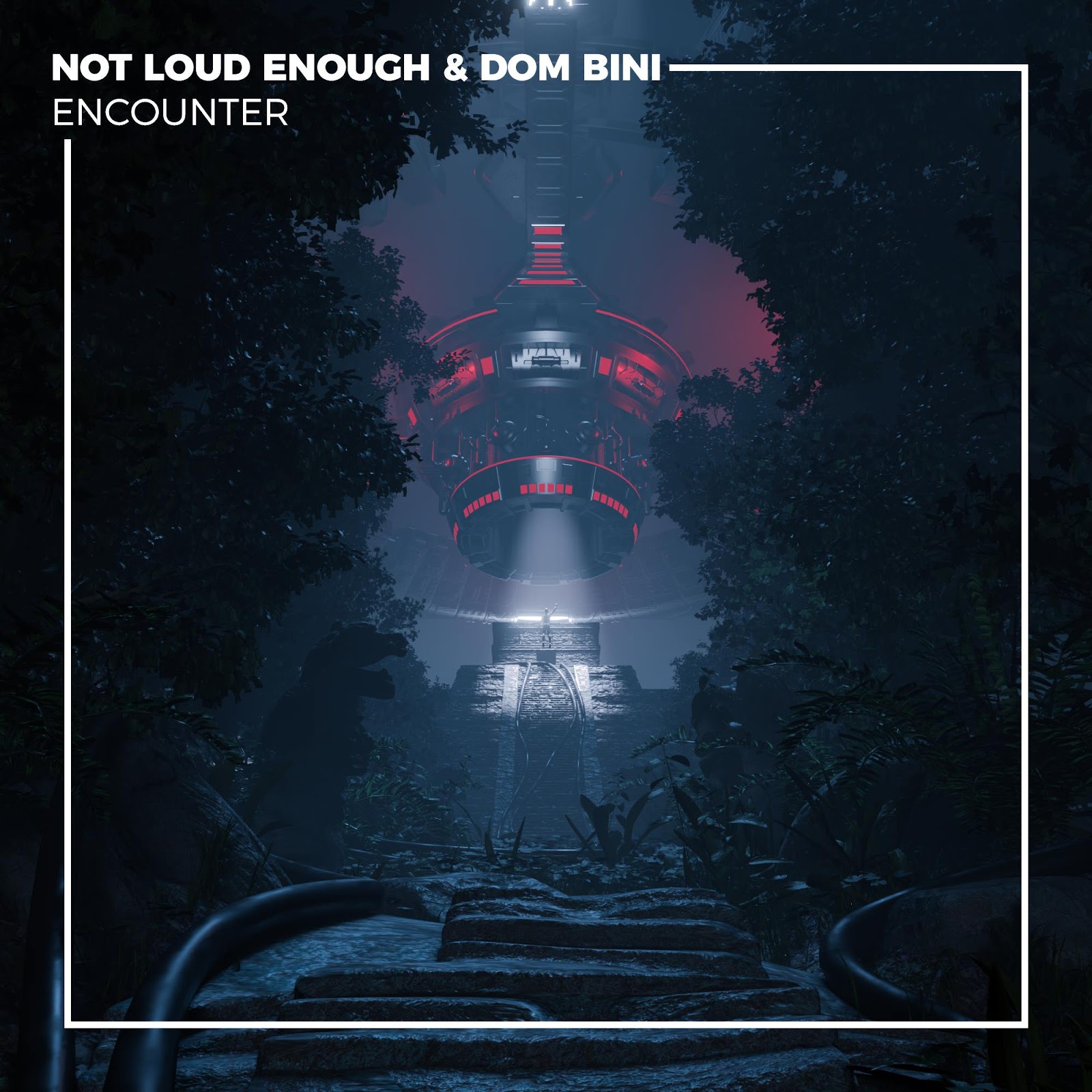 NOT LOUD ENOUGH works alongside DOM BINI to offer the aggressive sounds of “ENCOUNTER.” The release brings daunting elements to the table, such as brass stabs, eviscerating drops, nasty bass, and a wide array of interesting contextual samples. Clearly drawing influence from science fiction, “ENCOUNTER,” though punishing, possesses an intergalactic feel. With just under three minutes of play-time, the release maintains interest through its progressive evolution and is sure to ignite crowds and individual listeners alike.

Born in Mexico and raised in Seattle, NOT LOUD ENOUGH’s journey as a music producer began in 2014. Exploring genres from house music to bass house, he eventually found his calling with a sound derived from trap and dubstep. NOT LOUD ENOUGH’s debut, “hit em up,” signed to Gold Diggers records and was released in February 2017, earning 18k streams despite a lack of fanbase. 2018 was the most successful year for the artist, with several releases via the acclaimed OTODAYO Records. Annie Nightingale featured NOT LOUD ENOUGH on BBC Radio’s 1xtra, granting him considerable exposure. 2019 is a promising year for NOT LOUD ENOUGH with positive feedback from artists like Gladez, Lucchii, Blanke, Krischvn, Dabow, and Moore Kismet.