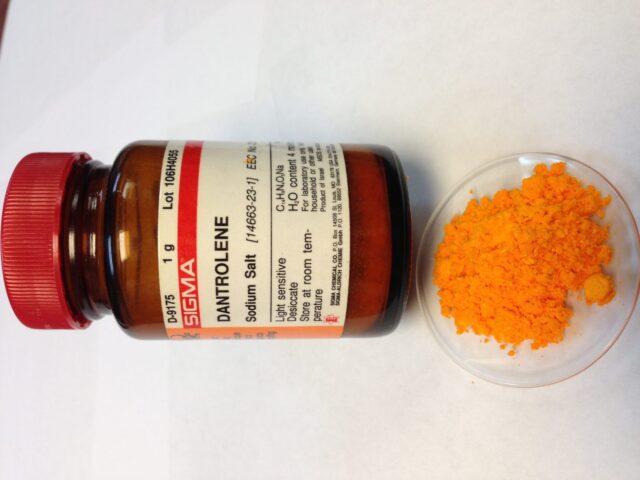 Drug overdose is no joking matter in the world of electronic dance music.

Every year we hear several cases of drug abuse that too oftenly result in death. For decades, drug-related deaths been a topic of controversy with no significant steps taken towards preventing them.

But those days may be behind us now.

Dantrolene, a drug that reverses the effects of MDMA overdoses will be readily available at EDC Las Vegas 2017.

Dantrolene has been in use since the 20th century in 1967 as a drug to treat muscle spasms and stiffness caused by malignant hyperthermia. Fast forward a few decades to the 21st century, and medical researchers have found that Dantrolene can actually help cool the body by preventing the release of calcium ions from muscle cells.

An observational study of Dantrolene was conducted at EDC Las Vegas last year where 9 people were treated with the drug. The results were spectacular, as 8 out of the 9 people were quickly able to reverse their hypothermia. Insomniac Events\’ Health and Safety Director Maren Steiner stated that the 9th person could have saved as well only if she had been given the treatment sooner.

As with any drug, Dantrolene\’s effects and treatment vary per person depending on the individual\’s metabolism. Further studies are being conducted to better understand how the drug works, but there is no doubt that Dantrolene can be put to immediate use in 2017.

Medical researchers have found that Dantrolene can bring the body temperature of a patient who is at 106 degrees Fahrenheit down to 99 degrees Fahrenheit in less than 3 minutes when combined with an ice bath. What does that mean? It means that saying Dantrolene is a life-saving drug is in fact not an overstatement.

The newfound effectiveness of Dantrolene is a substantial milestone in the fight against drug overdoses.

We hope that its accessibly at all Insomniac events will ignite a trend of harm prevention throughout the world, so we as a global dance music community can steadily near a culture of zero drug-related deaths.