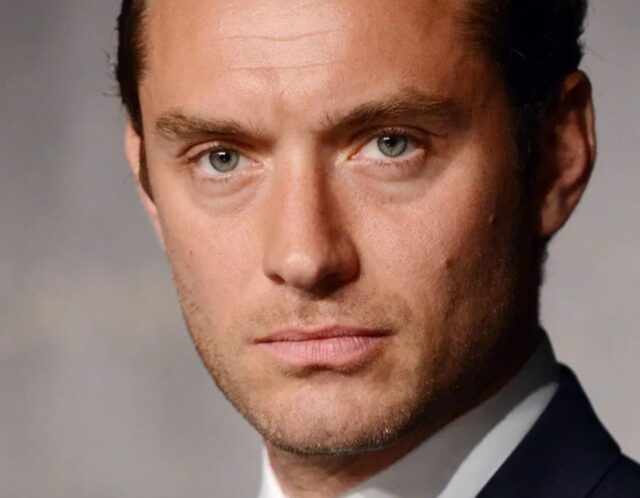 If you’re a big Sherlock Holmes fan, then the name Jude Law must ring a bell. He is an English actor who has been nominated for the Golden Globe four times. Read further to learn more facts about his life, career, and income.

David Jude Heyworth Law was born on 29 December 1972, in London. His parents, Margaret and Peter, were both teachers. They named him after the Beatles song “Hey, Jude” and the book “Jude the Obscure”. He has a sister named Natasha.

He studied at John Ball Primary School, which was followed by Kidbrooke School and Alleyn’s School.

Before his breakthrough in the movie industry, Law was featured on many plays.

His first role was in Shopping, a British crime drama. That’s where he first met Sadie Frost, the woman he’ll marry later on.

His next role was in Wilde. He became widely recognized after shooting this Oscar Wilde biopic. The role he played, Stephen Fry, was the one that got his the “Most Promising Newcomer” award. The public also loved him in Gattaca and Midnight in the Garden of Good and Evil. The string of science fiction roles continued, requiring the actor to switch many accents and costumes. By 2006, he was one of the A-list most bankable movie stars in all of Hollywood.

More recently, we’ve seen Law side by side with Robert Downey Junior in Sherlock Holmes and its sequel Sherlock Holmes: A Game of Shadows. Harry Potter fans were thrilled to see him in the role of young Albus Dumbledore in the Harry Potter prequel Fantastic Beast: The Crimes of Grindelwald. Marvel fans might recognize him from Captain Marvel in which he portrayed the role of Yon-Rogg.

As far as TV Shows are concerned, we had the chance to see Law in both The Young Pope and The New Pope. Some of his older works are Families, The Crane, and The Tailor of Gloucester.

Back in 2019, he was featured in Vampire Weekend’s Father of the Bride. During one of the songs, the actor recites Thomas Campbell’s “Lord Ullin’s Daughter”.

As previously mentioned, Jude Law met Sadie Frost during the shooting of Shopping. The two co-workers began dating and were married by the autumn of 1997. They have three children- Rafferty, Rudy, and Iris. This marriage lasted until 2003.

Only a few months after the divorce, during the filming of Alfie, Jude began seeing another one of his co-stars, Sienna Miller. The two were engaged, but split up in November 2006, after Law slept with his children’s nanny.

In 2008, he was in a short relationship with a model Samantha Burke. She gave birth to his daughter, Sophia, in 2009. He had another child in 2015 to Catherine Harding. But neither of these relationships lasted. Last year, he married Phillipa Coan.

He is also known for being an activist and philanthropist.