Home Music Is This the Right Time for “Revolution”? 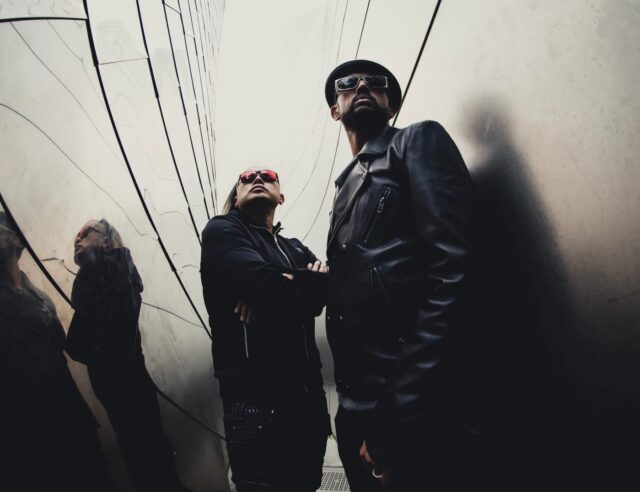 Henry Strange and Suniel Fox come from distinct backgrounds. They are both big supporters of different music genres. However, their collaborative efforts make for some amazing results. Because of that, we are happy to introduce you to these two uniquely talented artists.

The music industry is going through difficult moments because of the pandemic. Musicians around the world do not have the opportunity to organize concerts. Many of them became desperate because of the current situation. However, on the other hand, some of them use this moment to make some new music.

Tough moments always connect people to work together on certain goals. The only positive thing about this pandemic is that we got one amazing team of musicians. Two musicians recently teamed up to work on the latest track under the name REVOLUTION. Their names are Henry Strange and Suniel Fox. Together with a songwriter Noah Lowman, they released a song that will surely highlight their talents.

Henry Strange and Suniel Fox have different backgrounds. They are both big supporters of different music genres. However, certain similarities between them connected them to achieve some amazing results. Because of that, it would be good to find out more about them.

History of Both Musicians

In short terms, Henry and Suniel are both music enthusiasts. They started to make the first steps in the music industry when they were still kids. Suniel Fox started by playing guitar when he was only 11. For a long time, he hesitated to get involved in electronic music. However, during his mid-20s, he realized this would be a good move for his career.

On the other hand, Henry primarily started his journey by playing drums. Soon after that, he got into recording and production. Believe it or not, he was one of the first recording studio owners in his hometown (Tampa). He was also in his early 20’s when his incredible journey started.

Here comes the biggest difference between these two talented musicians. However, the differences that they have are probably the reason why they make dynamic music together.

Suniel Fox was a big supported of Classical and Alternative music. On the other hand, Henry came from the hip-hop world. These two genres might seem unmatchable at first glance. However, it seems that Henry and Suniel realized that connecting both genres is the right move.

When we talk about role models, Suniel Fox’s role models are musicians across the spectrum who have pushed through adversity. A good example of that is Frederic Chopin. He considers him one of the most talented composers in the world. Despite that, he respects him because of a very difficult life that he had. The life problems did not stop Chopin to write some of the most compelling music to this day. Despite that, Ray Charles and Stevie Wonder are also a big motivation for him. Both musicians were blind, but the challenge of that type did not stop them.

Henry, one the other hand, has some other role models. He is more inspired by hip-hop artists. He claims that Dr.Dre is one of the rap starts that respects the most. Despite that, he also admires the work of electronic artists like Aphex Twin. When we talk about instruments, he is a big lover of electronic drums, acoustic drums, modular synths, etc. In other words, he likes every possible strange noisemaker.

Talents that both musicians have will surely help them achieve all their goals. Their goals might seem unachievable to others. However, they both strongly believe that their skills and talents will ensure success.

When we talk about Suniel Fox, his goal is to get back on the road again. He simply loves to directly interact with his audience. Because of that, he is a big lover of live playing. His goal is to get on the festival circuit and tour for the world in the next couple of years.

On the other hand, it is good to mention that Henry has been a playback engineer for some famous artists including Drake, Lady Gaga, Kanye West, etc. Logically, the Coronavirus crisis messed up his plans. However, even with the anxiety that he feels, he still manages to control his fears and make some incredible music. People that want to hear his songs might want to go to his website. Each song that he released is some sort of mini-achievement.

This type of music is not something that comes naturally to Suniel Fox. However, Henry Strange has breathed new energy into Suniel’s life.

The product of their collaboration is Fun music. This type of music is not something that naturally for Suniel Fox. However, Henry is responsible for bringing something new to his life. We can say that thanks to Henry, Suniel Fox got out of his “comfort zone”.

After “Revolution”, they plan to release other songs under the name Epikker. We know the name of this song seems a bit strange. However, the word Epikker wants to describe something that is more than epic. You can see even from the title of their song how creative they are. The type of music they are preparing is a bot more associated with the electro house. However, it also has a typical band-like approach characteristic of acts such as Daft Punk and Justice.

Mutual Plans for the Future

They both claim it is hard to talk about the plans for the future. No one knows exactly when things around the pandemic will end. However, they do not plan to stop and they will keep writing for their own sanity.

Both musicians realized that people around the globe need new music. Music is, was, and always will be a way to relax and forget about all the problems we have. Fortunately, Henry Strange and Suniel Fox will gladly help people to forget about the virus for a moment and boost their mood.