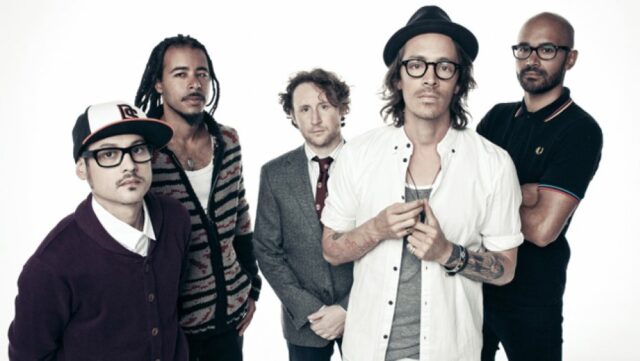 While previous rumored reports, based on a series of Snapchat and Instagram stories, revealed that Skrillex was possibly collaborating on a track with Incubus, that is not simply the case. Turns out Sonny Moore is much more involved on the project than we thought. Thanks to a new Beats 1 interview with members of Incubus, band front man Brandon Boyd revealed that Sonny Moore isn\’t just featured on one of the tracks—he co-produced the whole record.

It seems the band invited Sonny into the studio to put some final touches on their track, \”Familiar Faces,\” thinking they\’d only spend a couple days together. When Skrillex began playing around with stems from their other tracks, the guys began thinking he should go over the production for most of the songs, while also mixing the entire album.

“Skrillex mixed it and cued it and sprinkled his magical alien dust on it, as he does so effortlessly,” Boyd said. “It was so much fun being around him.

Incubus guitarist Mike Einzinger added that he\’s been friends with Moore for some time now and that his involvement as a co-producer seemed natural since Sonny has always been a big Incubus fan.

\”We kind of, in a very organic way thought, ‘Hey, maybe we should address a couple of other songs that could use some changing in some way\’,\” says Einzinger. \”We just had no idea. We ended up just going through the entire album.\”

Check out the full interview below on Apple Music.

Skrillex has always been a collaborating machine with a relentless work ethic. Recently, though, he\’s taken a step back from working with producers in the EDM industry and taken to his emo/rock roots, with upcoming projects with The Deftones and the band who put him on the map, From First to Last. Redditers also compiled a list of everyone Skrillex has ever worked with earlier this week.