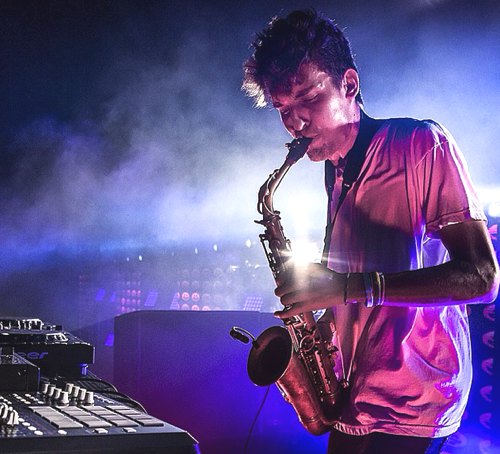 This month has been one of epic proportions for GRiZ fans, especially coming off the All Good Records high from Electric Forest. Not only has Grant the man released funky collab after funky collab — including \”Good Times Roll\” with Big Gigantic and a more experimental track “Can’t Hold Me Down” featuring Tash of London Souls — his most recent single comes with the announcement of his fifth studio album.

The upcoming LP is titled Good Will Prevail and will arrive Sept. 23 via his own All Good Records, and will feature 13 tracks total with additional collaborations with Sunsquabi, Brasstracks, Eric Krasno, and more.  Grant had some heartfelt insights to add with alongside all the good news:

Politics, the news, senseless deaths… got me feelin\’ pretty helpless recently. I wrote Can\’t Hold Me Down as a piece of motivation for those who are feelin\’ down and struggling in their lives.

I saw a live performance video of Tash playing and knew instantly we had to work together. I wrote the demo and sent it his way. What I got back was magic. Tash is perfect on this tune.

Don\’t curse the darkness, be a light. Be the force that pushes others to keep their heads high and stay inspired. Stand up for what you believe in at all costs. Never give up on people.

That\’s not all either!! Grant\’s newest album comes with a full U.S. Good Will Prevail Tour, with epic support from the likes of Haywyre, Louis Futon, The Geek X VRV, and Basstracks (be sure to check out tour dates below). Check out GRiZ\’s newest single, “Before I Go” (Ft. Leo Napier) below.