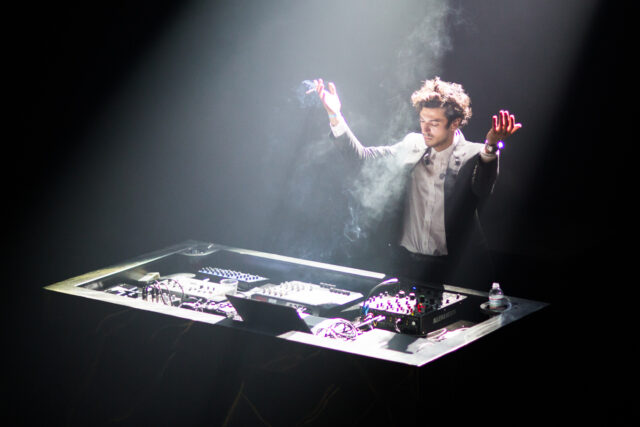 Terror attacks that left more than 100 dead in Paris elicited a loud response from countless DJs from the electronic music community. In the wake of the attacks, Kill Paris announced that he would change his name to Chill Harris out of respect for the tragedy that struck France. Multiple other DJs including DJ Snake and Martin Solveig took to Twitter and Facebook to express their support and heartbreak for their homeland.

A different kind of tribute to France came from Gesaffelstein. Following his performance in San Francisco this past weekend, Gesaffelstein called on the crowd to join him in a powerful moment of silence. You can watch this amazing moment take place below, as the crowd followed in suit by chanting \”vive la France.\”