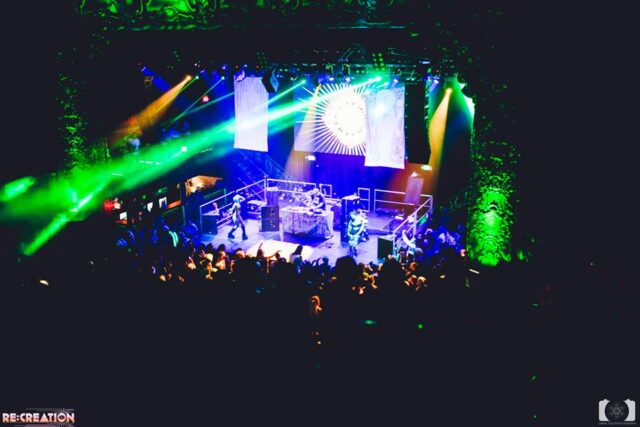 The lineup being released is what makes a festival seem real again. You\’ve been waiting all year since you left Monday afternoon, and although you want to believe you had such a super-duper time last year that you\’ll buy a ticket regardless of the lineup, seeing a list stacked full of artists you love let\’s you breath that sigh of relief that\’s been building up for months.

In the scene today, a lineup announcement is the second most important day for a festival right behind the day the gates open. Even more important than the day tickets go on sale. Lineup announcements are some of the most covered events in the blogosphere (right along with deadmau5\’s twitter activity), and festivals often stagger releases into multiple phases to generate more buzz.

With this in mind, it may be hard to believe, but some festivals are not about the lineup at all. Music is an important part of almost every festival, but some simply pay less attention to the source of the music. There are even some who pull serious lineups, but curate such a comprehensive vibe that no one artists could prevent you from doing your things. If Gem & Jam\’s preparty in LA last weekend was any indication, the awesome lineup at Gem & Jam fest this February (which includes Beats Antique and Tycho) won\’t matter at all. Gem & Jam will be about rocks……….and people.

Another event in a new series of multi-stage mini fests at the Belasco theater, Do Lab partnered with several other promoters to once again transform the ex-church into a hub of art, music, and culture.

In the music category, each of the three stages were indeed separate, but equal.

Downstairs in the basement at the Cruz Coalition Stage, it was a house party. Dirty bird all-stars Worthy and Sacha Robotti were bringing the grooves while Soulections own IAMNOBODI closed out the night with a little unce unce unce peppered into an eclectic hip hop set. The third floor housed the A-Bun-Dance stage with bass dealers like An-Ten-Nae and Mimosa playing as much rap as they did electronic.

The main stage lineup was the first real sign that Gem & Jam values more than just great music. Don\’t get me wrong, the main stage was stacked as well with Gem & Jam veterans like Ott and Simon Posford\’s interpretation of Shpongle, but in between sets, the legendary Alex Grey and Allison Grey would take the stage to give lectures on psychedelic culture. They were talking about how ancient civilizations experimented with mushrooms and other such things and how that culture has transcended generations.

The thing is though, as cool as all that sounds, I wasn\’t at one set or act for more than twenty minutes at a time. The Belasco is somehow compact and expansive at the same time. Other than the three stages being lined with gem vendors and live visual artists, there were also artists in every outdoor patio, on every balcony, in every hallway, and there was still somehow room for everyone to get down respectfully.

After a few minutes of jammin\’ out to some house, you\’d want to go check out the painting upstairs that you saw earlier to see how far the artist has come. Then you might want to party in the main room for a bit before getting a drink on the patio and check out some of the vendors. Everything presented was intriguing to the point that you would want to come back later for a second look. Well apparently this pre-party is an annual thing, so I\’ll definitely be coming back for a second look.