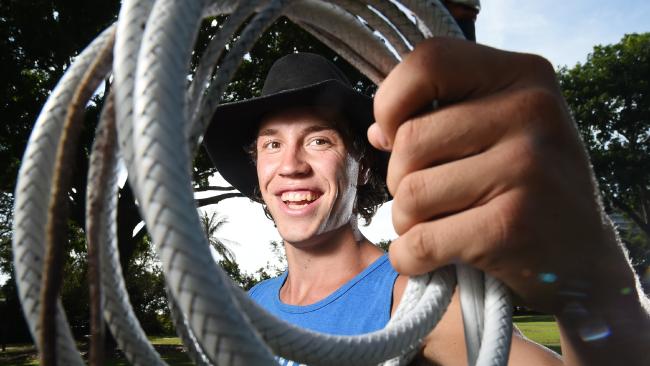 Indiana Jones-esque whip cracking world Champion Nathan \’Whippy\’ Griggs just dropped the strangest yet most interesting remix of Flume\’s \”Never Be Like You\” featuring Kai. This remix is one like I\’ve never heard before.

Nathan Grips is an Australian Man who started cracking whips when he was 14. Now, he hits a record 614 whip cracks in a minute. It took Nathan about three years to conquer his talent of whipping, making it nine years since the start of his unique talent.  When asked when he became so awesome at cracking whips, Nathan responded: \”I\’ve always been this awesome.\”

\’Whippy\’ uses actual whips in synchronization with Flume latest single, adding a snappy, head nodding beat to the track. Though the remix is more satirical than musical, it is still worth noting that this is a one of a kind sound.

Below you can watch Nathan \”Whippy\” Griggs whip \”Never Be Like You\” into a brand new genre of dance music:

Flume remixed by a whipWhippersnapper Nathan \’Whippy\’ Griggs drops his remix of Flume\’s \’Never Be Like You\’. For the full story: http://tripj.net/1UX8VNv