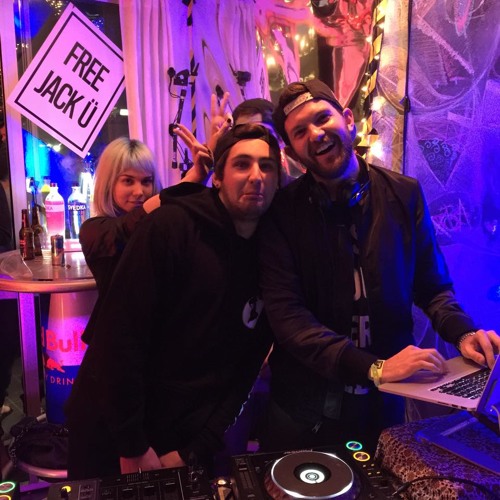 Not only has Major Lazer just released an insanely successful album, but the popularity behind their single, \”Lean On\”, has grown exponentially and rapidly. Claiming almost 50 million plays on SoundCloud, Major Lazer, DJ Snake & vocalist MØ could quite possibly have the song of the summer on their hands. Besides the song being everywhere, including being played by every DJ at festivals, it\’s becoming a hot item for remixing, and Dillon Francis recently teamed up with Deep House producer Jauz to do something different with a track that\’s currently taking over the Pop charts. Clashing Moombahton, Deep and Future sounds, DF & Jauz managed to give \”Lean On\” an entirely new vibe, and have actually pulled off an amazingly unique remix, instead of placing the acapella over a simple big room drop and breakdown. The remix, which has been widely anticipated, has been played by both DF & Jauz, as well as Major Lazer\’s Diplo, and longtime friend Skrillex, amongst many other DJ\’s who have shown their support. Unfortunately, the remix has not yet been made public, however EDM Chicago exclusively obtained the full remix and has embedded it for stream below. Now, it\’s unclear whether this version is the final product, and it\’s unclear when the remix is even slated for release – both DF & Jauz have been hush on the remix. So until we see a real release or even an official preview from either of the two, hopefully this can hold us over \’til then. Enjoy.