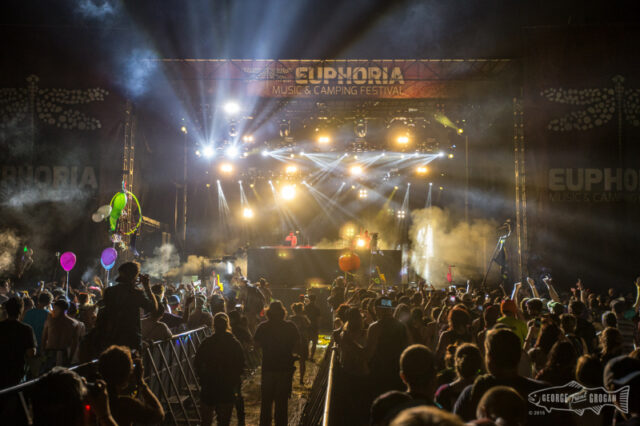 Euphoria Music & Camping Festival took to social media this afternoon to release their full Phase Two line-up and, let me tell you, it\’s stacked with something for everybody. The Austin-based EDM festival is definitely showing no signs of slowing down for it\’s 5th anniversary either. Eric Prydz and Cherub have been added to the already massive group of headlining talent; including Bassnectar, Above & Beyond, Dillon Francis, STS9, GriZ, Juicy J, and Tycho.

This year, Euphoria will be opening the gates a day early to allow campers to get settled in and stake claim on their home for the next four days. With this added day comes the Thursday night New Moon Pre-Party in celebration of the first phase of the Euphoria family’s return back to Carson Creek Ranch. The New Moon Pre-Party will be exclusive to all four-day campers and will feature a special set by The Polish Ambassador.

“We are excited to get the Euphoria Family back home and in the gates a day early,\” says festival producer Mitch Morales. “I couldn’t think of a better way to kick off the weekend than with the New Moon Pre-Party.\”

Conveniently located just minutes from Downtown Austin, the multi-stage music and camping festival will return to the banks of the Colorado River and offer world-class visuals, unique stage designs, artist workshops, interactive experiential installations, enhanced camping option and much more.  GA passes are available now for $139, plus fees. Camping options, which includes a new Thursday night New Moon Pre-Party, are available starting at $199, plus fees. Tickets are available online at www.euphoriafest.com. Be sure to use discount code PLURIZARD for $10 off your tickets!!

Euphoria Music Festival is produced by Vivid Sound Entertainment. Visit www.euphoriafest.com for the most up-to-date information. Stay connected on Twitter at www.twitter.com/EuphoriaMusFest and on Facebook at www.facebook.com/EuphoriaFest. Also, catch the Euphoria 2015 After Movie!!