Home News EDC Las Vegas Moves to May in 2018, Adds Camping to Festival 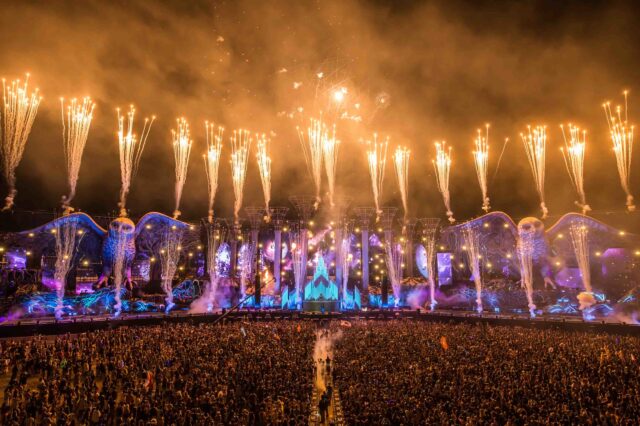 After 2017’s installment of EDC Las Vegas, founder Pasquale Rotella claimed to have some exciting news for 2018’s EDC. Apparently, that change includes a less sweaty EDC and the addition of camping.

Festival organizers announced that EDC Las Vegas will move from its usual June dates up to May 18-20. This decision was made on behalf of brutal summer heat in Las Vegas. Additionally, it allows for the gates to open earlier in the day.

“We strive to make every year better than the last, and after a lot of brainstorming and feedback from our community, we have decided to move next year’s festival to May 18, 19 and 20,” Insomniac founder Pasquale Rotella stated. “This way we can enjoy cooler weather, the gates can open earlier, and we can hold a very special opening ceremony each day.”

EDC takes place throughout the night. Generally, nighttime temperatures at the Las Vegas Motor Speedway top 100 degrees, leaving room for severe dehydration and overheating. The festival has seen one too many drug-related deaths in the past years, making the move to May a smart and potentially life saving move.

Another exciting addition to the festival will be on-site camping options. EDC will offer both general admission and luxury camping packages. Additionally, shuttle operations will now be the responsibility of an independent transportation firm. This is in hopes of alleviating some of EDC’s horrific traffic to and from the festival grounds.