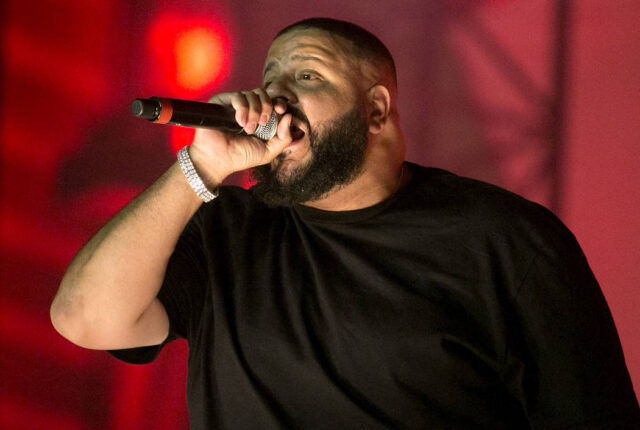 Drake posted a photo to Instagram with the caption “Young Metro 3X brought me to space for a night.”

Young Metro 3X brought me to space for a night

Drake was warmly received by a massive crowd, whereas DJ Khaled apparently was not. The ‘Major Key’ producer found himself booed by fans.

DJ Khaled accused outside sources, aka the EDC crew, of sabotaging his set. He shared his frustrations on an Instagram post targeting “they” for the troubles: “They cut my time short and they had me back stage for a hour and half and the sound kept breaking … then I heard my fans and I said I’m go out even if the sound cuts off and even if they cut my time short … I’m here for my fans even if the sound man and promoter don’t have there stuff together I forgive them thoe love is the –!!! MY FANS CAME OUT ! SO I CAME OUT !! NO MATTER WHAT! BLESS UP!! #GRATEFUL #JUNE23RD.”

They🚷 Tried to sabotage my sound so many times THEY couldnot get the sound right on my set and i still stood on stage wit no sound and when they got the sound to work they want cut my set short but I still rep for my people anyone else would walk off stage .. i knew my California and Vegas fans was in the building .. THEY🚷 DONT WANT US TO WIN SO WE WIN MORE FOR THERE HEAD TOP!!! It’s all luv thoe .. love is the 🔑.. I forgive them … love is always the answer !