Home Music Dimitri Vegas & Like Mike show off the ”Largest LED Production In... 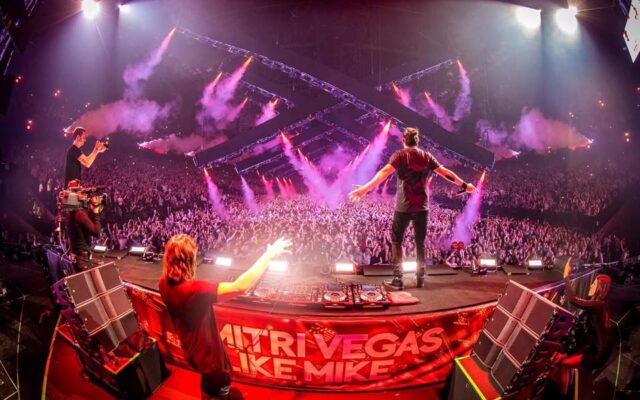 One duo that is almost always present when it comes to the most internationally acclaimed acts of EDM is of course, Dimitri Vegas and Like Mike.

The European big room/bounce house legends have been making a name for themselves for quite some time, and unsurprisingly the Belgian brothers are frequent mentions on the DJ Mag Top 100 Poll (DVLM placed second in last year\’s poll).

The dynamic duo recently partnered up with the creators of Tomorrowland with intentions to create something special – and they sure did.

Last December, Dimitri Vegas & Like Mike presented their annual \’Bringing The Madness\’ at the sold out venue Sportpaleis Antwerp, and yup you guessed it.

It was a MAJOR success as the EDM Hall of Famers rocked 80,000 fans over the course of 4 days in their hometown, Antwerp, Belgium.

What was even more remarkable about this showdown was the fact that the event apparently premiered the largest LED production this world has seen.

So if you think you\’ve seen the biggest LED set up ever that\’s not from Bringing The Madness 2016, I hate to break it to ya but if you haven\’t.

Watch the full 2 and a half hour set from the EDM connoisseurs Dimitri Vegas & Like Mike below, and just let your jaw drop when you see this monumental production.