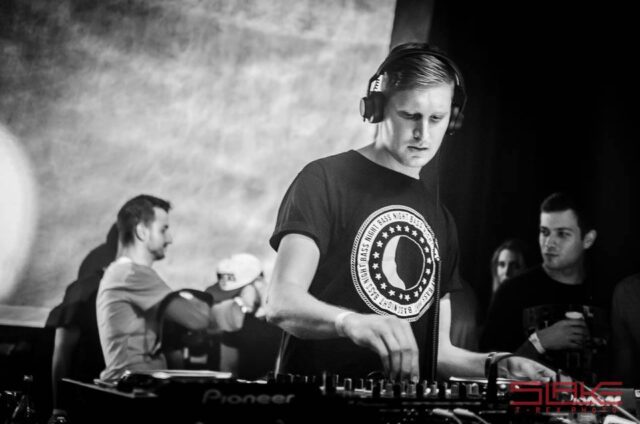 Mondays are hard, we get that. The skies continue to remain in a perpetual state of gray, and the cold air is beginning to mix with more snow showers–at least here in the Midwest. What\’s worse is that we haven\’t hit the worst part of this winter season, yet. But just because the weather is far from where we want it to be doesn\’t mean we can\’t get down and dirty with some bold and remarkable tracks.

Today, we have two songs to share. One original and one remix, but the mastermind behind both is none other than Caleb Cornett, or as we know him, Amtrac.

Having already proven his talent over the years with originals like \”Those Days\” and his edits to songs like \”Handshake\” by Two Door Cinema Club, Amtrac continues to make an impression in the dance music scene without parading through it. His production is one of a kind, and it\’s for that reason that we keep listening.

A little more than a week ago, Cornett made his way to perform at the BPM Festival in Mexico and was able to create \”Truly\” during the time he was there. The beginning of the track is very bold and somewhat coincides with the cloudy days that come around this time of year, but as it progresses, the track picks up a bit and incorporates more dance-worthy elements while still maintaining the darker undertones that establish the entire track. The whole thing is bound to keep the club going after hours, and is available for free download.

The second song being featured is Amtrac\’s remix to \”Something New\”  by Axwell /\\ Ingrosso, which was released today on Billboard. The original is one of the tracks, if not the main track, that set the tone for the new duo\’s intent on revolutionizing their well-known and respected sound that had already dominated the rise of dance music in the US.

Remixing a song that is already prime in it\’s own essence is quite the challenge to take on, but when the Swedish duo approached Amtrac to take on the quest, the producer said \”hell yeah.\” Or at least, we imagine he did.

This take on \”Something New\” is actually, something new. While the original hits home on the main-stage aspect, and Robin Schulz\’s remix still maintains the more uplifting vibes of the initial song, Amtrac\’s rendition brings it down a bit, and its make-up is rooted in much deeper detail.

It\’s not available until February 10th, but go ahead and stream it below. It\’s one hell of a beautiful remix, and we hope your Monday has gotten a whole lot better. Ours definitely has.