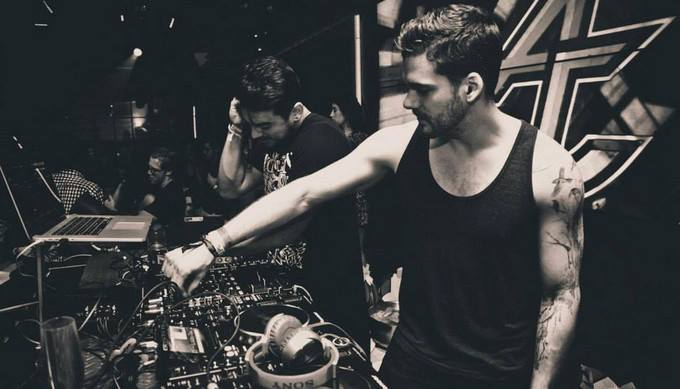 One of the strongest and most influential duo\’s in EDM history is back at it again, and this time they\’re bringing the heat. Adventure Club has been giving fans a steady stream of mixes a la Superheroes Anonymous on their SoundCloud and steamy singles that never fail to dissapoint, along with their \”Calling All Heroes\” EP. Those four tracks could easily be ranked as one of the most influential in 2013, with their heavy hitting and festival oriented drops coupled with a good ear for melodic and emotional interludes, Adventure Club was on everyone\’s radar.

Fast forward three years, and these guys have still put out singles and remixes that I would personally say are obligatory if you at all call yourself a fan of EDM, and on top of that pile, I would put their latest and greatest, Firestorm featuring Sara Diamond. The song starts off with a soft nearly synthesized hymn that seamlessly mixes into Sara\’s strong but calming voice, a signature of Leighton and Christian\’s amazing sound. The lyrics flow amazingly into a subtle build that builds into a sort of future/wobble house drop with the chants from the intro to give something both smooth and very unique. Give it a listen below!

\”BUT WAIT, THERE\’S MORE!!!\” This is just a taste of what\’s to come, as the boys in Adventure Club have announced…well…check it out…and don\’t forget to mark your calendar\’s…

We’re so excited our new album 'Red//Blue’ is officially up for pre-order! Grab it now & get 5 tracks instantly ??? https://t.co/w5dIivHkre