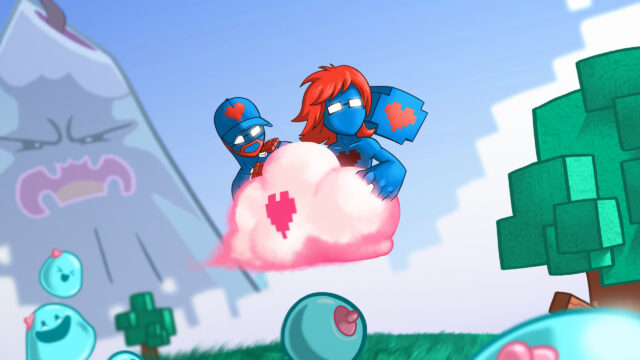 The Pegboard Nerds are on a mission to put an end to breast cancer. Every dollar generated from their Pink Cloud EP, as well as any merchandise sold will be donated directly towards funding prevention, early detection and supporting those affected by cancer. So far, their efforts have generated over $35,000. The Nerds are continuing their efforts by releasing a video game which will soon be available for download. Check out my 9 questions with the Pegboard Nerds below, and definitely donate to their amazing cause.

1) Tell me about the Pink Cloud EP and what went into making it.
A general desire to make music that was less about the tearout/rage factor and more about the emotional, but still catchy, side of music. More melodies, easier to listen to. At any point in time we have tons of WIPs lying around, but the 4 main tracks on the EP grew into finished tracks and we saw that they all could kind of coexist in the same “universe” so it made sense to group them together as a body of work.

2) Who or what is your biggest inspiration behind #PinkCloud?
Well what we said above, really.. There is not one very peculiar thing besides that that inspired it, really! Also, the whole concept kind of grew over time, with the initial spark coming from Max Collins when he came up with the lyrics and title for Pink Cloud.

3) Where does your passion for breast cancer research and awareness come from?
We have a passion and empathy in general for people in pain and suffering, but you can only focus so much. With October coming up, and the EP concept coming together the way it did, it seemed like a perfect way to give something back, it made a lot of sense to us to do it that way. Besides, women carry the world\’s future unborn generations, so they are important, you know!

4) How did you choose Fuck Cancer as the cause you’d be donating to?
We reached out to a few charities/organizations based on their “online presence” and presence in society in general, and after some research and dialogue with a few we found that Fuck Cancer would be a good collaborator for us and what we wanted to do.

5) Where did your inspiration come from for the video game?
Various existing games, old and new, with focus on fun and simple gameplay first and foremost.

6) What are your hopes for the video game?
Well that of course, and that people will find it an entertaining game to play, as well as hopefully having our music reach new ears.. Which in turn will spread awareness.. It’s all connected, which is great.

7) How did it feel when you hit $10,000..and then $20,000..and now $30,000?
Before the campaign went live a part of us feared that we wouldn’t even make it to $10k, but luckily we were proven wrong pretty fast! Once we saw that happen, naturally we started getting our hopes up for the next $10k, and likewise the fear of not making it. So you could say we were hoping for $40k as well, but we are very pleased with the result as is!

8) Will you guys continue to fund breast cancer research in the future?
Who knows? Maybe!

9) What’s in store for the future of Operation Pink Cloud?
The game will come out and run it’s course, hopefully generating more money for the cause! We’re very excited to see where we end up finally, and to be able to make a difference for people who need it.