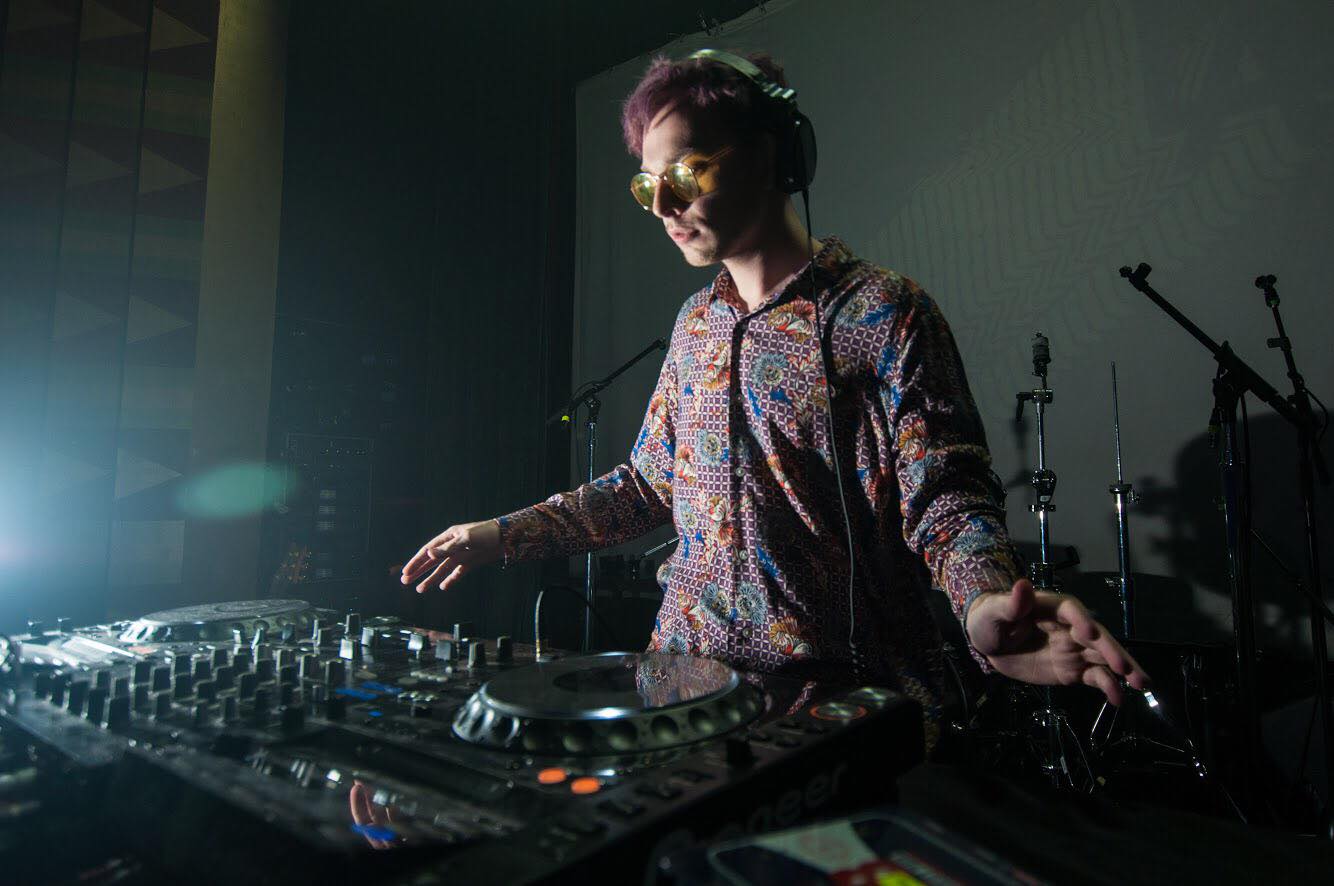 This past year has seen INSANE growth in the EDM community, and that can’t be exemplified any stronger than the survival and stubborn growth of the SoundCloud community. The below artists are fifteen of my personal favorite artists that have come out of the other side of the SoundCloud crisis of 2017 with infectious unique sounds and the potential to completely change the game. Definitely keep tabs on these guys and gals because I am sure they will be making major headlines this year for sure.

First taking major notice of his name as the contest winner for Electric Family’s pop-up shop show, I just had to see what all the hype was about and was very surprised at what I ran into. Taking the sort of friendly “bedroom future bass” vibes with his fluttering sound design and pushing it past the “I can listen to this while doing homework” to “I’m down to dance to this in a venue”, each one of Madnap’s tracks toss you in the mood to both chill out and vibe out. Definitely toss him a listen or two or seven.

SANT is this amazing hybrid of scenes that I’ve just got to mention him. Taking very obvious inspirations from the jazzier, more hip-hop versed sections of electronic music and SoundCloud (think DILIP, j.robb, austin marc, etc…ya know…not technically EDM…but damn does that shit slap) and then putting that through an EDM/trap lense, you get SANT. All of his songs have this meaty weight to them that just envelops your ears and puts you in his world, whether its his more somber Post Malone flip to his 808 and synthetic trombone filled originals, SANT has what it takes to take stages by storm. Check three of my personal favorites of his down below.

laxcity
laxcity is what happens when the lo-fi scene and future bass scene have a love child that is blessed with an ability to sucker punch you right in the feels. While straddling the line of truly being EDM, laxcity is able to craft these engulfing soundscapes that are both pacifying and engaging, if that makes sense. Just…go down and listen to see what I mean.

So Sus
Not wanting to chillax? Looking for 3 tablespoons of hype in that cup of joe? Well peep this guy So Sus (yes, another Sola producer, I know. Just check their whole roster if you’re gonna bitch and moan about it) who should honestly be at quadruple the following he currently has. His production is tight as hell and its hard not to want to smash something expensive just browsing through his tracks, they’re just full of raw energy and agression that is channeled perfectly to our ears. I triple dog dare you to click play on one of the tracks below.

Blank
Still about that hype action, but wanting a something less trap focused and more aimed towards the mainstream? Look no further than Blank. From his high speed future bass to his balls to the wall dubstep, Blank is here to provide you with your adrenaline high. I’d have to say the trademark sound from Blank, for me at least, is just that raw energy that he is able to impose on every single track he puts out. From any mood it can take you from 0 to 100 in an instant and I think just having that will carry him amazing places. Give his songs a spin down below.

blush
Another artist with a similar sounding name as our previous producer, don’t get the names twisted, these two might be in the same spectrum of EDM, but they ARE NOT the same producer. Brushing off the raw speed and turning all of that energy into raw fuel for his destructive sound design, blush is ready to blast through entire crowds with his insane synth work alone. Give the below tracks a gander to see what I mean.

TUCKER KREWAY
If you’d like to get a preview into what the new generation of dubstep and hard trap are shaping up to be, look no further than TUCKER KREWAY. With some of the most unique sound design I’ve heard in a while from a dubstep producer, TUCKER KREWAY is breaking fresh ground in the genre that is so revolutionary that even Nest HQ threw him props and even listed him among names such as Ray Volpe, QUEST and even Zomboy. Want to hear what’s behind all the hype? Check his records down below and be the judge.

1788-L
While all of these producers on this list are my current favorites, 1788-L has a special place in my heart among this list. 1788-L might as well be a time traveler because his sound is straight from the future. Its belligerent. Its unforgiving. Its obliterating. These tracks are not for the faint of heart, and that’s what makes 1788-L so amazing. He doesn’t ease you into his world, he drops you in the deep end and dares you not to drown. Look at his tracks down below to see if you can swim.

Shadient
If the above was too much for you, I’d say Shadient could be the perfect introduction to this new genre of music that is sprawling up. With a dedication towards the analog and strong inspirations from dub and underground bass music, yet still not letting that withhold him back from insane groundbreaking sound design, Shadient is the sounds of the world of Blade Runner gone to hell. Take a journey to his world down below.

Too much for ya still? Well lets take it down a few notches and let me introduce you to Knapsack. While I can tell he is taking some cues from the not so EDM hip-hop/trap producers of SoundCloud, he takes those influences and blankets them in future bass shroud that has produced some of the most interesting and unique chill trap and future bass I have come across in years. His production isn’t flashy or over the top, but subtle and inviting. The small details are the details that he draws you in with, and by the time you catch what you were focusing on, you zoom out and find out that each track is an entire ocean of these small crisp details that form up into whole songs. I invite you to listen to his artwork down below.

Jvna
Jvna honestly had me the hooked the moment I was looking for new music and she had remakes Kingdom Hearts AND Final Fantasy tracks. Like, here are my middle school years, all wrapped up in a smooth chill trap package begging me to listen to them. Her production is gentle yet energetic, smooth yet forceful and is able to take you into the fantastical worlds that she reworks, or even new worlds entirely. A few months later and I don’t regret ever keeping a close eye on this producer, and while she seems to be going in a new direction with her latest Rich Brian flip, I’m excited to see what she’s got coming up. Peep her tracks down below.

Jaron
By far the youngest on our list and the one taking the EDM SoundCloud scene by storm, if you haven’t heard of Jaron, you need to get on him. Now. Taking influences from Porter Robinson might easily be a given, but also present is the amazing touch of post-rock and ambient artists such as Explosions in The Sky, This Will Destroy You and Hammock that make Jaron stand out as an artist that isn’t here to make drops and fulfill quotas, but to create whole soundscapes and storylines within every stroke of his production. He isn’t rushing to get you to the drop, but takes his time to let the weight really fall on you, and that in EDM of all genres, is something that is very special and worth paying note to.

Zankyou
Keeping in line with cinematic EDM with Porter Robinson inspired producers, Zankyou is as good as they come. His sound design, his ambient soundscapes, his sampling, is all aimed at creating a world that can flip on a dime from bright and energetic to dark and forboding, and everything in between. You can tell from the first chord of any of his tracks that this is definetly a Zankyou track, and that is extremely refreshing to see someone so dedicated to a unique sound and world building for this sound at the same time. To get what I’m talking about, you can’t just read about, you gotta hear it, and that can only happen when you click on one of those tracks down below.

Billboard
Billboard has got to be one of the most lowkey of the producers on this list. His genre isn’t something that you would normally highlight the sound design on, as it’s relatively chilled out and more on the slower house side when compared to the other artists on this list, but don’t get it twisted. Billboard is a sonic genius, and while he hooks you with his songwriting, its his synthwork that sucks you in for the long haul. Combining analog vibes that are popular in the vaporwave and lo-fi scene, but taking them up to the EDM world gives Billboard a niche slice that is always wonderful to visit, and so hard to find others like him.

Snareskin
To wrap this list off, I gotta give a shout out to Snareskin. Having personally found him at the beginning of 2017, I have been hooked ever since with how he has grown in just a year. Snareskin flaunts his strong jazz influences that you can just blatantly pick up from his stellar chord work, and meshes them with some of the tightest percussion I’ve ever heard in EDM (his name isn’t Snareskin to sound cool, he backs it up 100,000%). While I’m not allowed to pick favorites on this list, Snareskin is by far at the top of the list and I want you all to give me credit when he is on major festival lineups in a year.