Home News Where Are the Women on the Top 100? 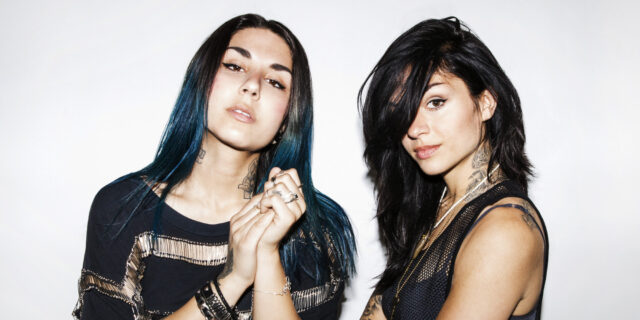 By now most people who are intrigued by EDM have taken a look at DJ Mag\’s Top 100 for this year. Everyone including the creators of the list noticed the lack of women that were represented in the sea of white male artists. So being good journalists, DJ Mag asked some of the top ranking DJs on this years list why they think women are not represented on the array of artists.

Some performers like Borgore said forward and intelligent observations like, \”The same reason there aren\’t as many women celebrated in top positions in other industries: systematic discrimination\”. Which makes sense, since sexism is still prevalent within our society, all you have to do is turn on the TV and see the language that we use against Hilary Clinton compared to her male cohorts.

But disappointingly there are DJs who subside to the social construction of society and just deem that men are, \”way more into this stuff than girls\” – Above and Beyond.

Dyro had the most typical response in saying, \”Because there aren\’t enough [women] behind the decks!\” which is again a lack of knowledge that women, especially in music are put at a deficit, and it\’s harder for them to get their foot in the door, as it is for any female producer in film, TV and any other entertainment industry.

Frontliner decides to take the misogynistic approach and blatantly stating, \”Because they spent too much time in Sephora and too little time on producing?\” From what I have researched maybe this type of thinking is why Frontliner is perpetually single at his ripe age of 31; maybe he needs his own trip to Sephora to highlight his huge angular cheekbones.

Finally for one of the last more sexist responses Mike Candy\’s responded with, \”I guess it\’s easier for guys to entertain people, especially at festivals. DJs need to be powerful, loud, and outgoing- although I should point out that there are some great female DJs too.\” Thanks Candy for reminding us women that we are less powerful than you ultra-strong men, who get over-emotional the second your masculinity is questioned. Can you say fragile?

Though, I\’m not a huge fan of their type of music, thank God Krewella exists. They had a pithy answer, and probably the most thought out, and correct response; probably because they have to deal with this type of sexism everyday of their lives. \”The electronic music industry can be daunting for women. If more women are willing to take big risks and be unafraid of the ridicule, double standards and any other setbacks or troubles, we will (hopefully) slowly start to see more women releasing electronic music, playing shows and festivals, and thus ending up on the Top 100\”.

Everything they say is over the top truth. Women and men in the music industry have been given their set gender schemas of what is masculine and feminine. Rock, EDM and Rap are for men, and Pop, and Alternative is for women. So when people like The Gogo\’s, Krewella and Nicki Minaj appear in these more male dominate music genres, they are lampooned and deemed less worthy. This becomes the social standard.

So, do we change this idea in electric dance music, by promoting more female driven acts or do we make it more accessible for females to get their deserved recognition?

If you want to learn more about what Krewella thinks about women in EDM click here.